There are realities. And there are Realms. “Realms” takes us on an allegorical journey that captures the breadth of human experience. Based on Berglund’s own life-altering experience in December 2015, Realms' independent, hard-working, take-no-shit “Pretty Good Guy” seeks answers and soon finds himself slipping, quitting, succumbing to despair, apathy and numbness. 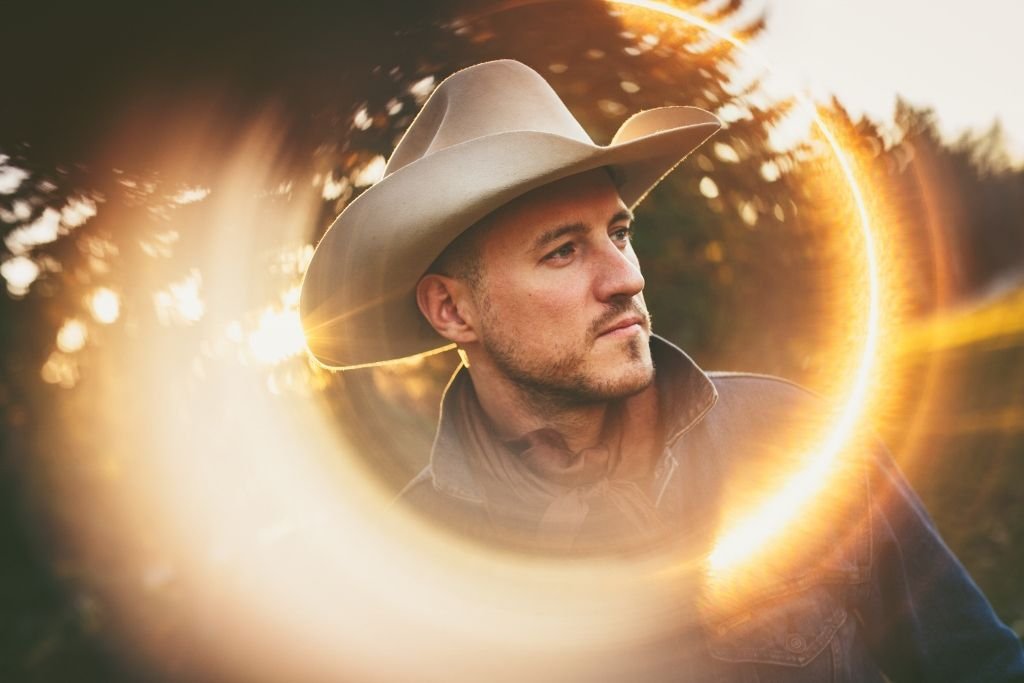 The pain is gripping. And it’s winning. Only when the hero opens the door, steps through and releases control that he connects with God and the cosmic centre, finally understanding the power of God and the power of himself. His message is love. His mission, complex. The hero’s journey is now complete. Berglund’s fifth full-length album “Realms” was released through his independently-owned and operated Oceanman Records. Inspired by the teachings and observations of Thomas P. Fusco, Dr. Rick Strassman, and authors Joseph Campbell and C.S. Lewis, the 10-track album explores spiritual themes, alternative beliefs and universal truths hidden in patterns, nuances and puzzles. Berglund’s long time hot-shot honky tonk band, The Vultures, are showcased from the get-go and joined by a handful of vocal appearances including Chris Henderson, Megan Nash, Jason Plumb and Belle Plaine. Berglund has remained on the road since its September 1st release.

Info on Release: Realms will be accompanied by a series of music videos as visual support for every song on the release. Delivered in succession of appearance.

Each demands something totally different from me. One's making money and the other is spending money. I've obviously allowed myself more time on stage than in studio, so I'm definitely more comfortable in that performance setting. The thing I love about studio is that it can be approached from so many different directions - I demand live off the floor for certain projects and then use the production magic that one can only find in a studio for albums such as "Realms".

This question is loaded with unknowns. I'd first like to know what the circumstances are forcing me to give up. I do everything from cut and paste my own posters, produce/direct music videos, have writing projects on the go, release side projects, hell...booking tours are becoming an extension of my creativity Simply creating content has become a passion of mine. If all things "music" had to be taken out of the equation...well, I've always wanted to build my own house. I'd finally get started on that.

An orchestrated hitch-hiking performance where I was hired by the organizer of a women's shopping bus-trip to stand on the side of the road between Candiac and Montmartre, thumb out, guitar-in-hand, to be picked up and perform for the ladies as the bus travelled down the 48 highway. I've put myself in a few performing situations where I allowed myself to be objectified.

5.  What is the best advice you were given in the music business?

The good Lord helps those who help themselves.