The Sweeties are Whitehorse, Yukon’s most adorable rock and roll husband and wife duo. With a broken mid-century mid-western aesthetic and a call to an elusive higher power, the couple blends doom and blues-rock in a misty-but-loud soup of guitar and drums. The couple mines their songs from both ends of the 20th century, drowning hymns and pop anthems in layers of fuzz and distortion. 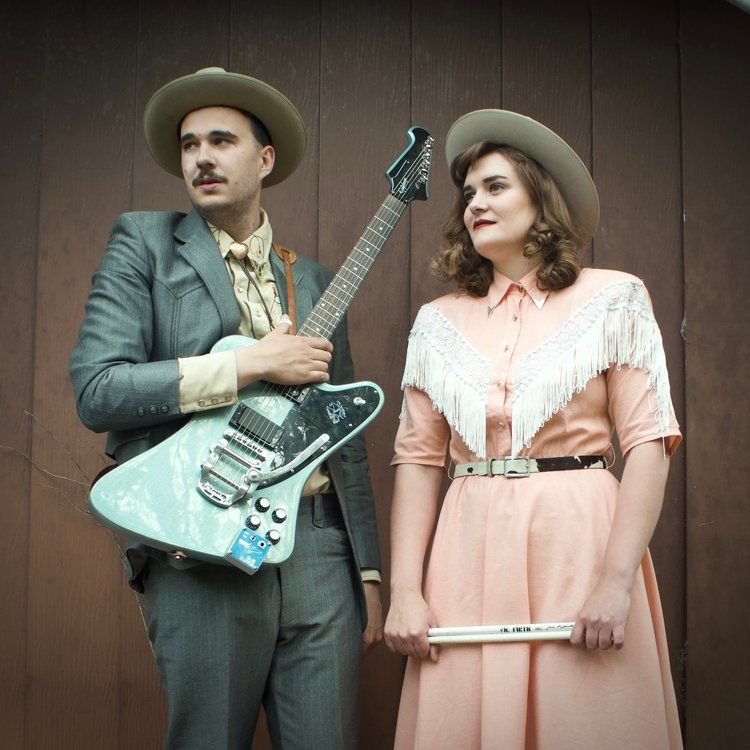 Patrick Hamilton and Fiona McTaggart are on the frontlines of Hamilton’s Big Boat Records, which also houses Hamilton’s other ensemble and BreakOut West alumnus Soda Pony among many more excellent Yukon artists.

The coolest show we've ever played took place not long after we started The Sweeties, when we were asked to perform at the N3 Northern Presenters Summit. It was such a compliment to be included and to have the opportunity to play for so many northern music industry professionals, but we definitely felt out of place! Everyone else was very folk-based and here we were pulling out the doom stops. Some people didn't get us for sure, but the Scandinavians liked it!

Since we're a couple in real life as well as band, I think we spend a lot of time making sure we have solid boundaries around our creative projects so that they don't get overwhelming. Music itself is such a wonderful outlet, but it definitely also involves some compromise. Pretty much the only thing that really gets between us is Patty's fuzz pedals.

When we started there was definitely some push-back with audiences and even some of our friends. The heavy nature of our music is that it's not for everybody--it's an unusual combination of elements for sure, and either you love it or you hate it. That's taken some getting used to for us. Based on our history (we both grew up in traditional music) a lot of people expect us to come out with a fiddle and a banjo, so The Sweeties is often a bit of a surprise.

4. What is the best part of your life that isn't music-related?

The two best things in life are food and music. We're lucky enough to work in both! Fiona co-owns a pop up doughnut shop called Sourdoughnuts, and when we're not making music we're usually making doughnuts.

Probably the best advice we've ever received when it comes to music is to focus on your craft and not your business. With social media and beyond, it can be so easy to put your cart on the wrong side of your horse, so we try to stick to the old adage that if you're doing something exciting, people will be excited. We try to keep our passion centered around the music we're making and the reasons we fell in love with it.