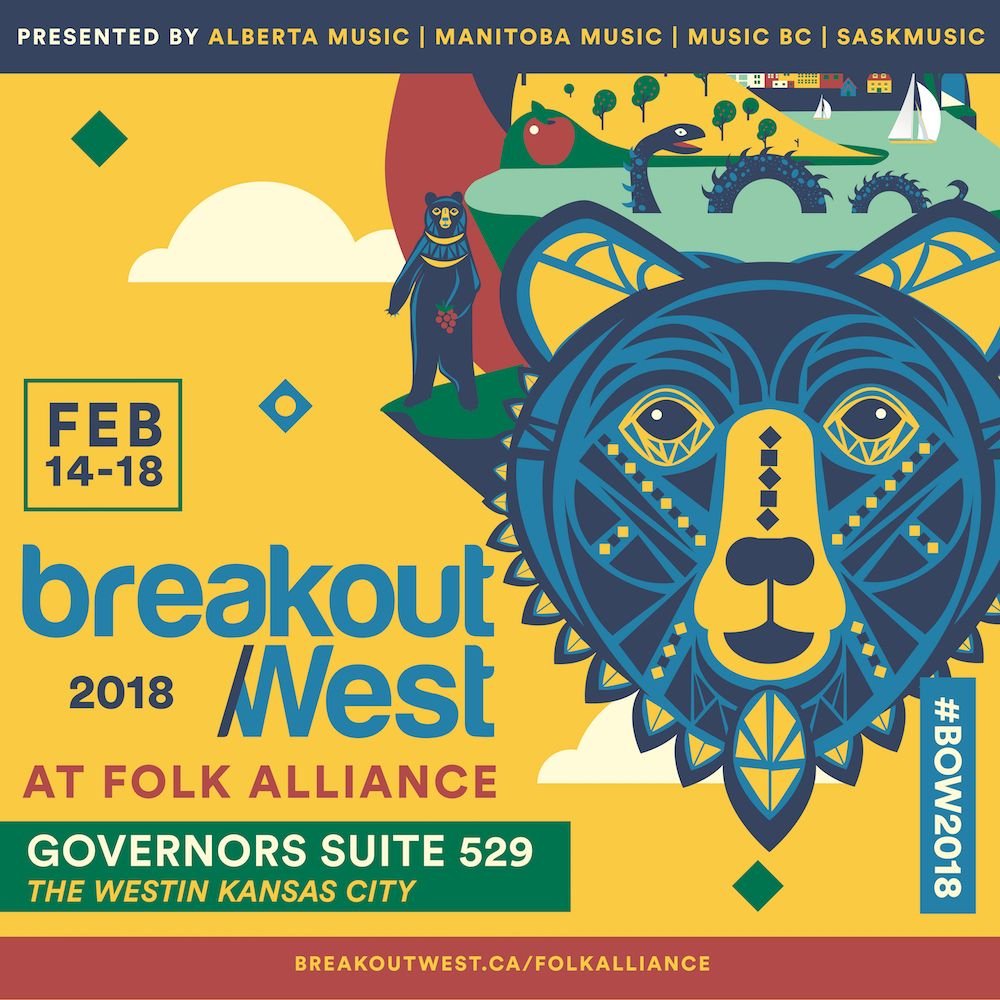 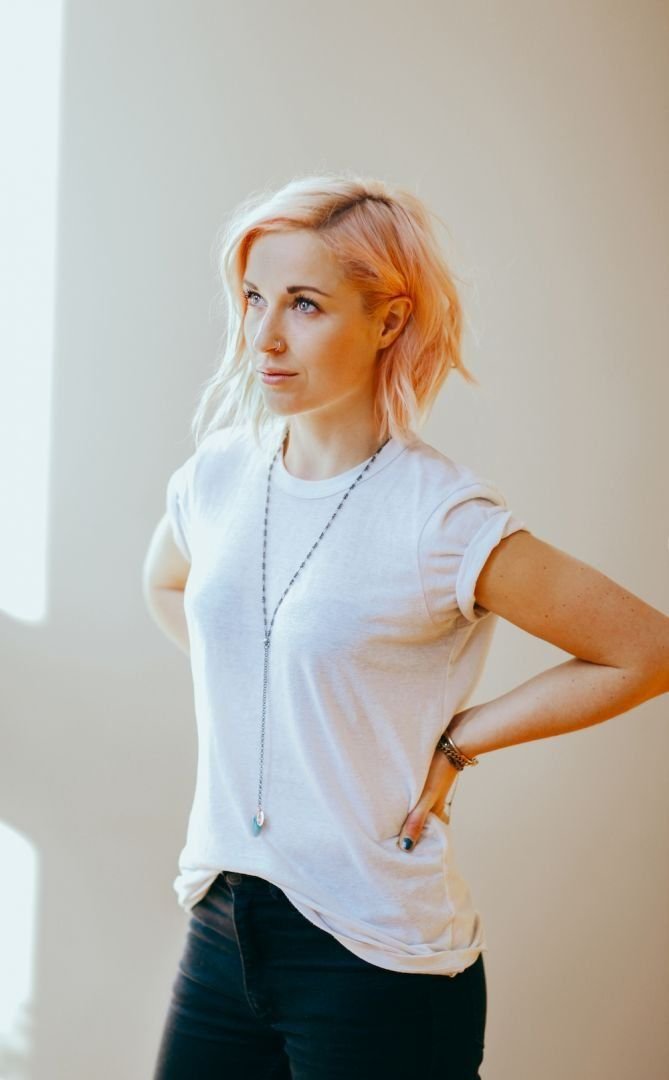 Hailing from Banff, Alberta, and serving as the town’s first Poet Laureate, Amelie Patterson leads as a strong ambassador for women songwriters.The clear-voiced, honest and tenacious troubadour’s music traverses territories from blues to folk rock. Her debut album Roll Honey Roll was released in May 2016 at Canadian MusicWeek, and went on to win YYC Alternative Recording of The Year in 2017. She is releasing her newest recording project in the spring of 2018. 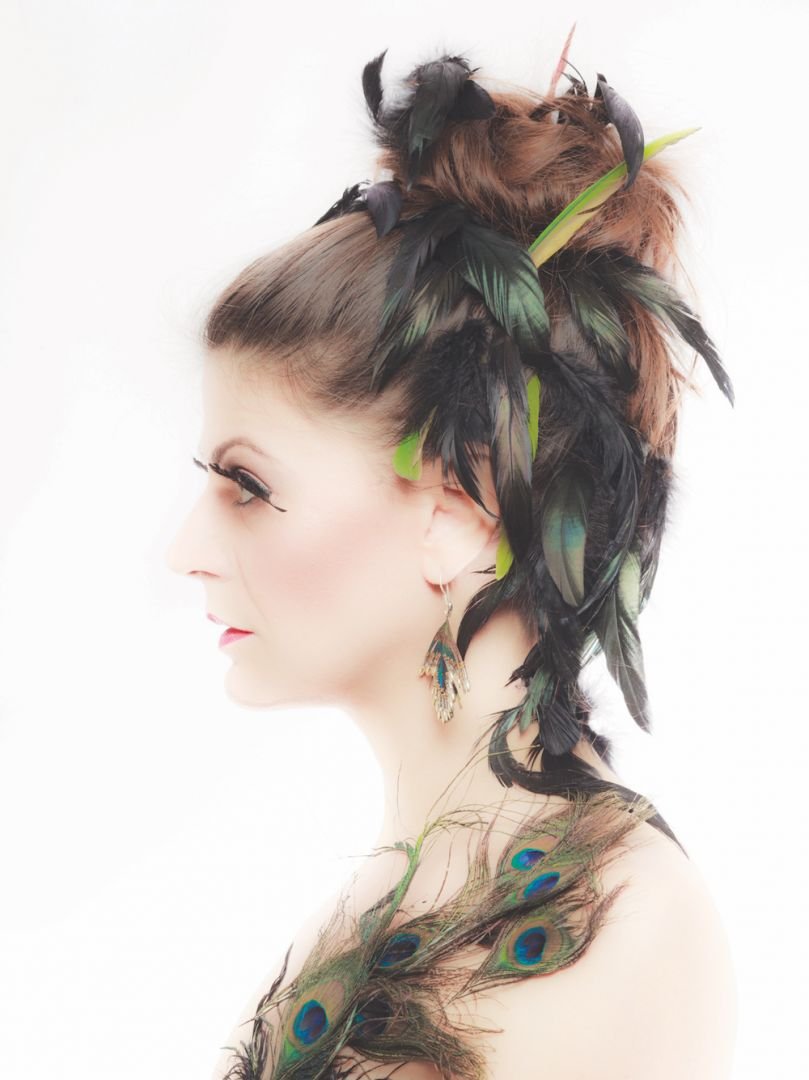 The exploratory and adventurous music of Ariane Mahrÿke Lemire is an organised chaos.  Her vivid lyrics and melodies create folk-poetry with notes of rock, beatnik and at times a little country. Through an authentic stage presence, light anecdotes, and intimate avowals, she invites audiences to journey between laughter and sighs. 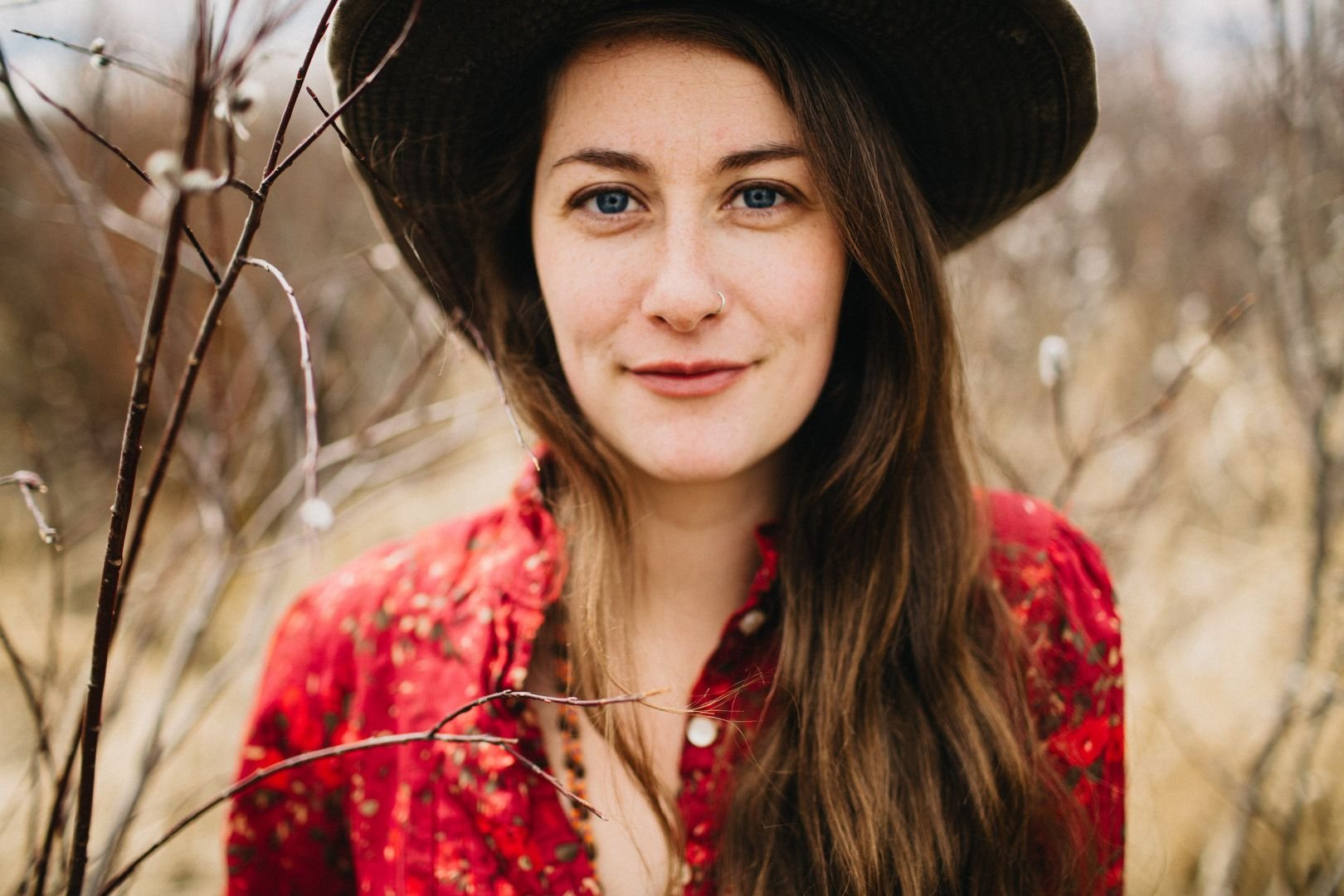 With alluring vocals and poignant songwriting on clawhammer banjo or guitar, Carly Dow creates music that is magnetic and multi-layered, evoking comparisons to the likes of Gillian Welch and Abigail Washburn. "9/10 - Dow is a talent. There is nothing, not a chord or note that you won't really really love." (Americana UK) 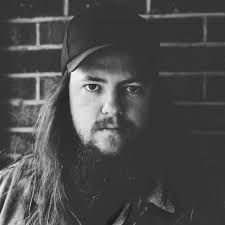 Carter Felker traffics in music, yes, but even more profoundly in essence: the humdrum essence of Monday morning alarms clocks coming round again during lifetimes ticking on through thoughtless dawn moments walking across the kitchen floor; the craven essence of sneaking wordlessly away from a relationship and feeling the mute screen door sag shut behind you; the essence of everyday struggles. 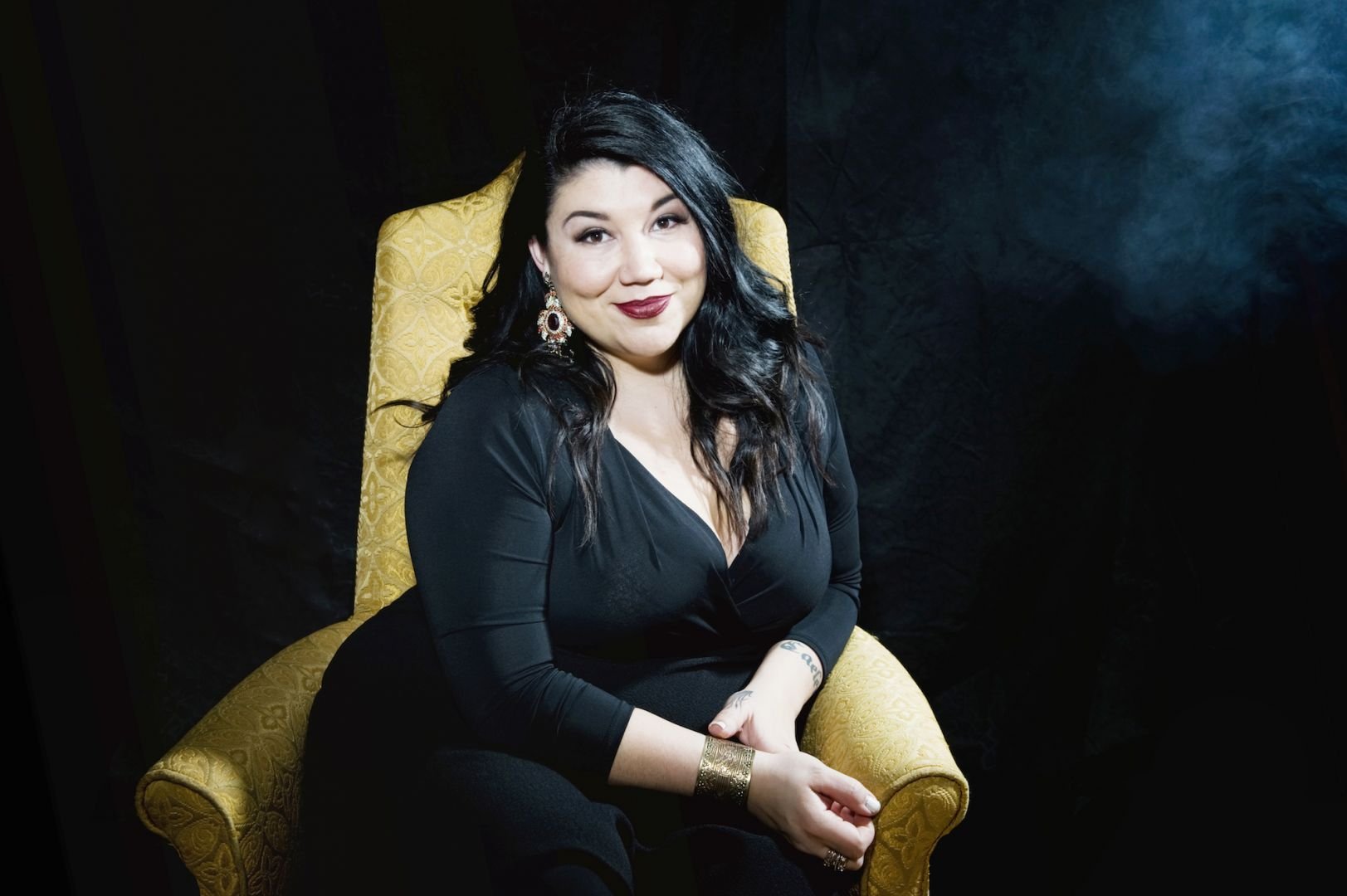 A Celeigh Cardinal performance is a profound, soulful triumph of biographical songs that blend roots, folk, rock and pop. This Metis singer/songwriter is fresh from an international tour and a multi award-winning year. Celeigh is known for drawing emotional response with her deliberate words and rich, passionate, contralto voice. 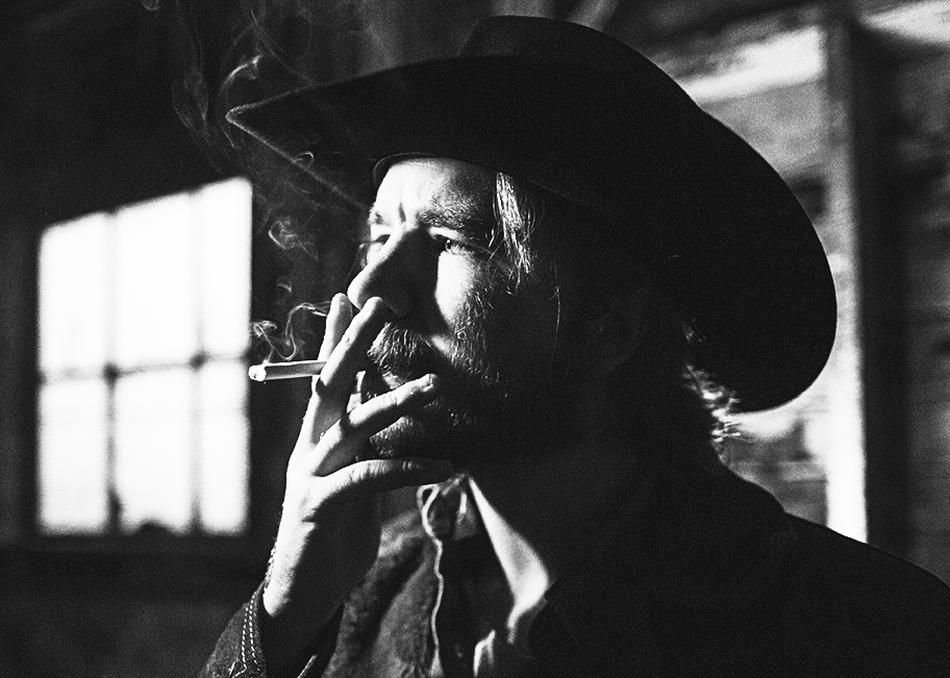 Colter Wall is a prairie-born songwriter/performing artist from Saskatchewan, Canada. Recently chosen to perform for the P&E Wing of the Grammys — as well as having earned his Ryman Auditorium debut opening for Lucinda Williams — Wall’s inaugural EP, “Imaginary Appalachia” continues to keep him a non-stop, buzzed-about young artist. His signature baritone vocals are paired with sparse, beautiful, old-soul songwriting inspired by artists like Townes Van Zandt, Blaze Foley, Emmylou Harris & Waylon Jennings. His self-titled full-length LP is produced by Dave Cobb (Chris Stapleton, Sturgill Simpson) and will be released on May 12 via Young Mary’s Record Co / Thirty Tigers. 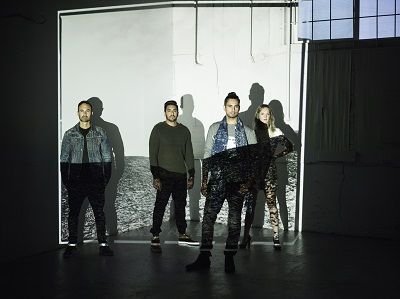 Delhi 2 Dublin is a live-electronic, bhangra, hip-hop, world-pop, hybrid act whose concerts have been likened to '90minutes of freebasing joy'. Famous for their energy onstage, the four member crew has played over 100 shows a year for the last decade at festivals like Electric Forest (USA), Woodford Folk (Australia) and Bali Spirit Festival (Indonesia). Connecting roots to the future, D2D features a heavy electronic backbone with live traditional Indian instruments (dhol, tabla), fiddle, and the stunning punjabi-english vocals of frontman Sanjay Seran. Their latest release 'We're All Desi' sees the notorious genre smashers continue to evolve into fresh sonic territory. Teaming up with producer Nick Middleton (The Funk Hunters), the result is a battle call for a quickening world - more truth, more smiles... and a lot more bass. 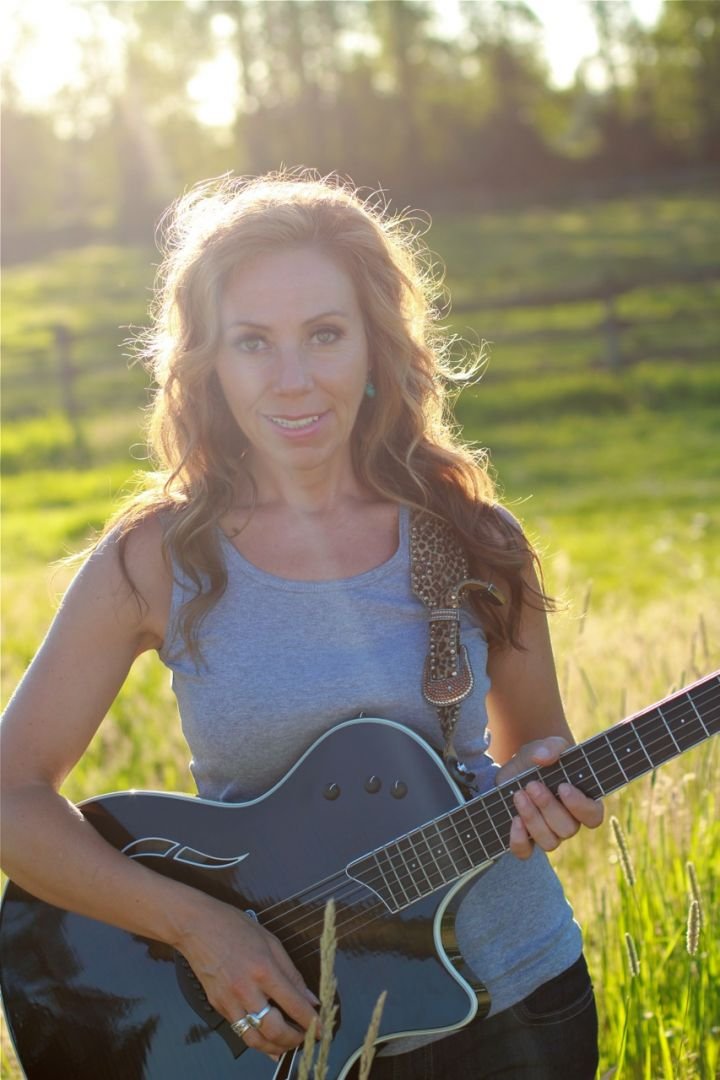 Eli Barsi is an original farm girl from the prairies of southeastern Saskatchewan Canada. This traditional minded artist has spent many years in the entertainment business as a diverse entertainer, musician, songwriter, producer, yodeller & landscape artist.  Her accolades are many and span over 3 decades. In that time she has written & recorded a large body of work, including the genres of Western Roots, Bluegrass, Folk, Country and Gospel.  Eli has cultivated a loyal audience and fan base performing full time internationally and celebrates independent success on USA, Canadian & European radio.  Throughout the years she has been honoured with the coveted Wrangler Award from the National Cowboy & Western Heritage Museum, along with numerous awards from her Canadian homeland.  Her ‘Carter Scratch ‘ style of lead acoustic guitar playing and crystal clear voice are well displayed at her live shows along with her great story telling, humour, and the ability to quickly connect with her audience. 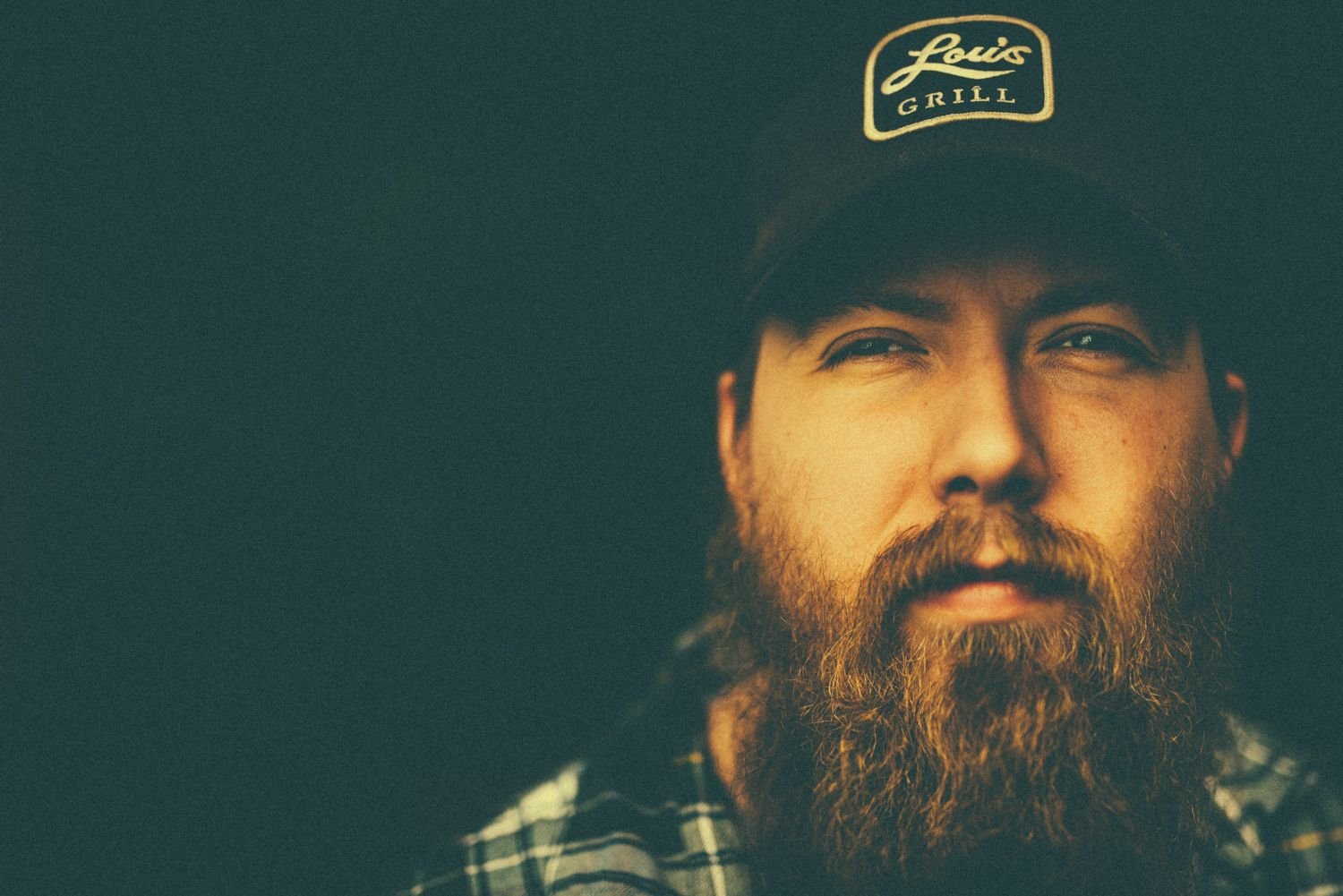 Hope and redemption. Philosophy and folklore. The music of Gunner & Smith has always been a collection of fiery elements, brawny rhythms and distinct folk-family vocals to produce tightly-knit rock anthems. On Byzantium, the group’s second full-length album, the songs simmer and seethe with a newfound brooding energy that looks at the darker sides of love, loss and humanity. 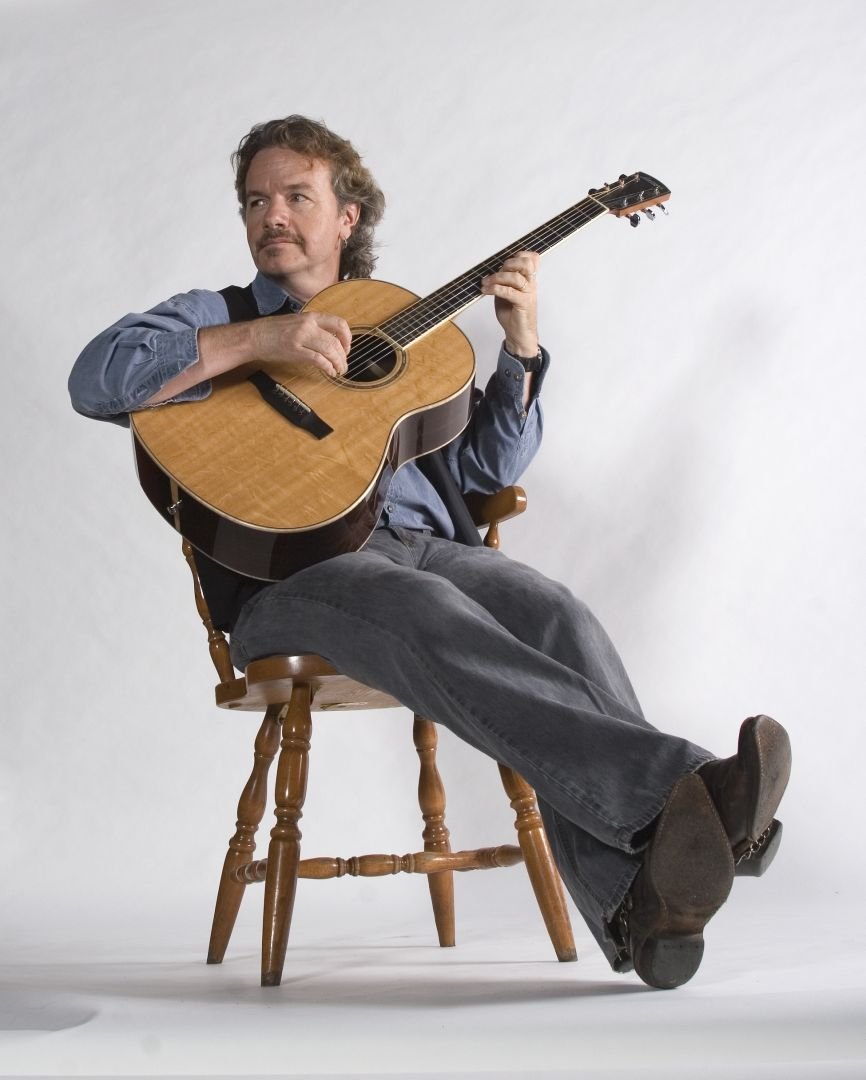 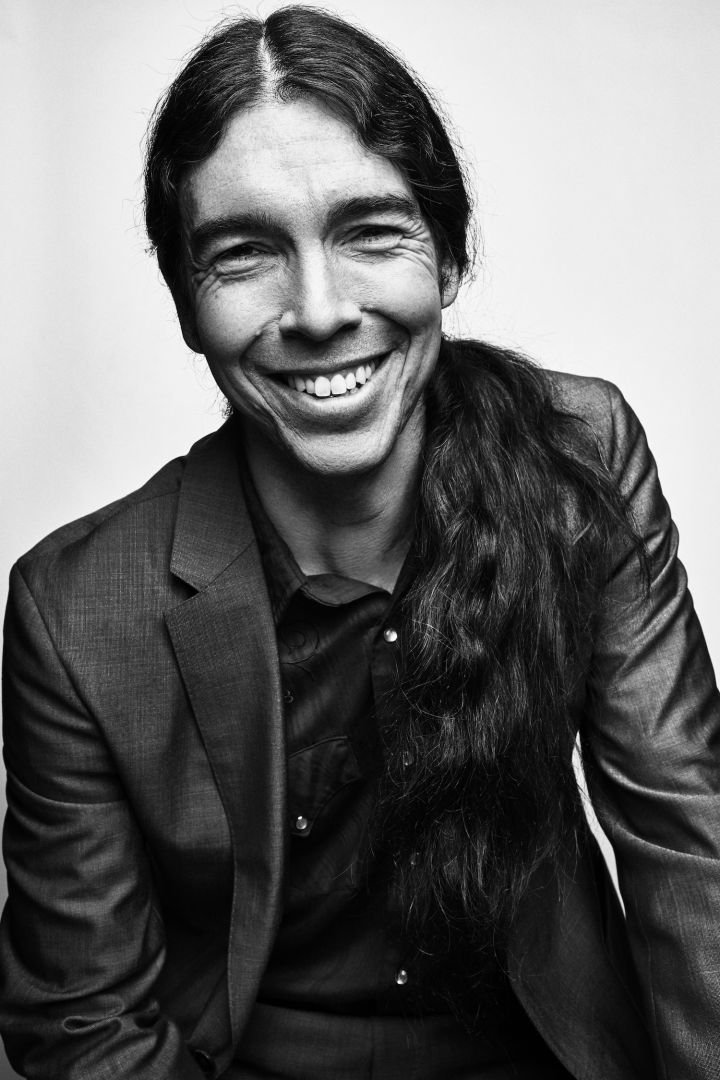 At once elemental and unearthly, Jay Gilday’s voice is a raw and gorgeous siren of the Canadian north. Jay threads together the colours of his own ancestral traditions: Dene spirituals, Irish ballads, Canadian folk and rock. And he is about to inscribe a special chapter in Canadian music history. 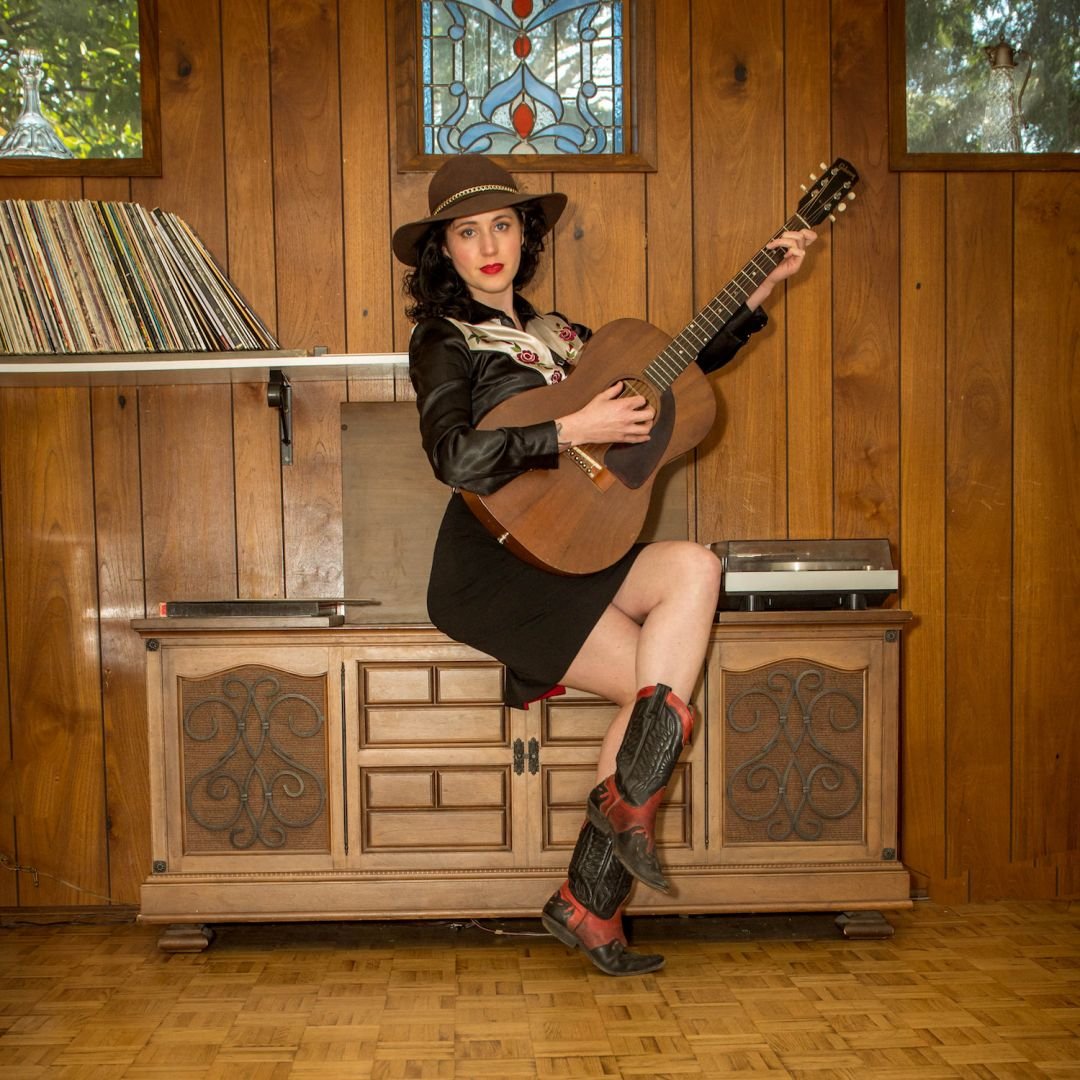 Jody Peck is an award winning artist with 3 albums, an EP and a recent single release. She has toured extensively nationally and internationally with Miss Quincy, her all-female blues/rock ’n’ roll trio, and sings with Canadian bands The Harpoonist & The Axe Murderer andDigging Roots.Embarking on this solo journey allows Jody to perform her most personal songs, penned at her cabin in the woods and crafted in the spaces between life on the land and life on the road. She invites you, with the honesty and skill of a mature songwriter, into her wilderness of the Mighty Peace River. The songs chronicle stories of northern love, gunslingers, hunting camps and her legendary 'Cook Shack'. This is the sound of a traveler returning home, headed northbound on the Alaska highway. 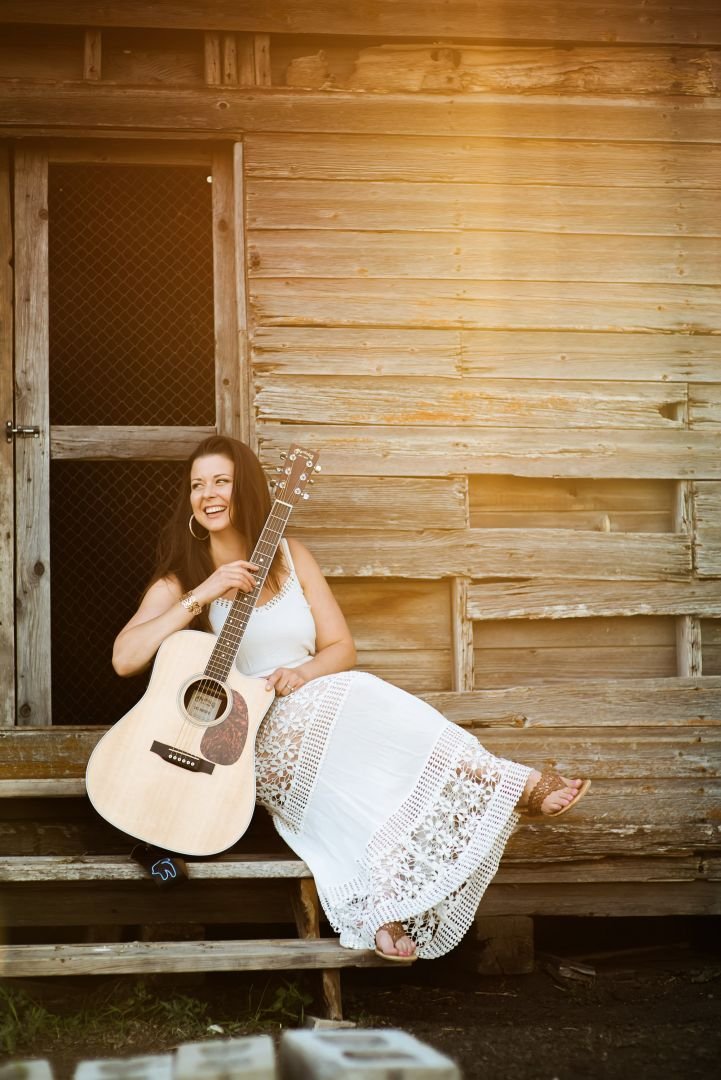 Kara Golemba digs deep to draw strength from her roots. Having grown up and lived in cities across Western Canada, it took moving to small town Saskatchewan to find her voice and be able to succinctly portray her unique perspective on life, relationships, natural environment and ancestral heritage. Her voice can be a sweet mixture of warm honey with a little grit, or she can raise it up to rattle the teacups. Through music, she is dedicated to exploring new realms of emotion, thoughtfulness, and compassion with her audience. 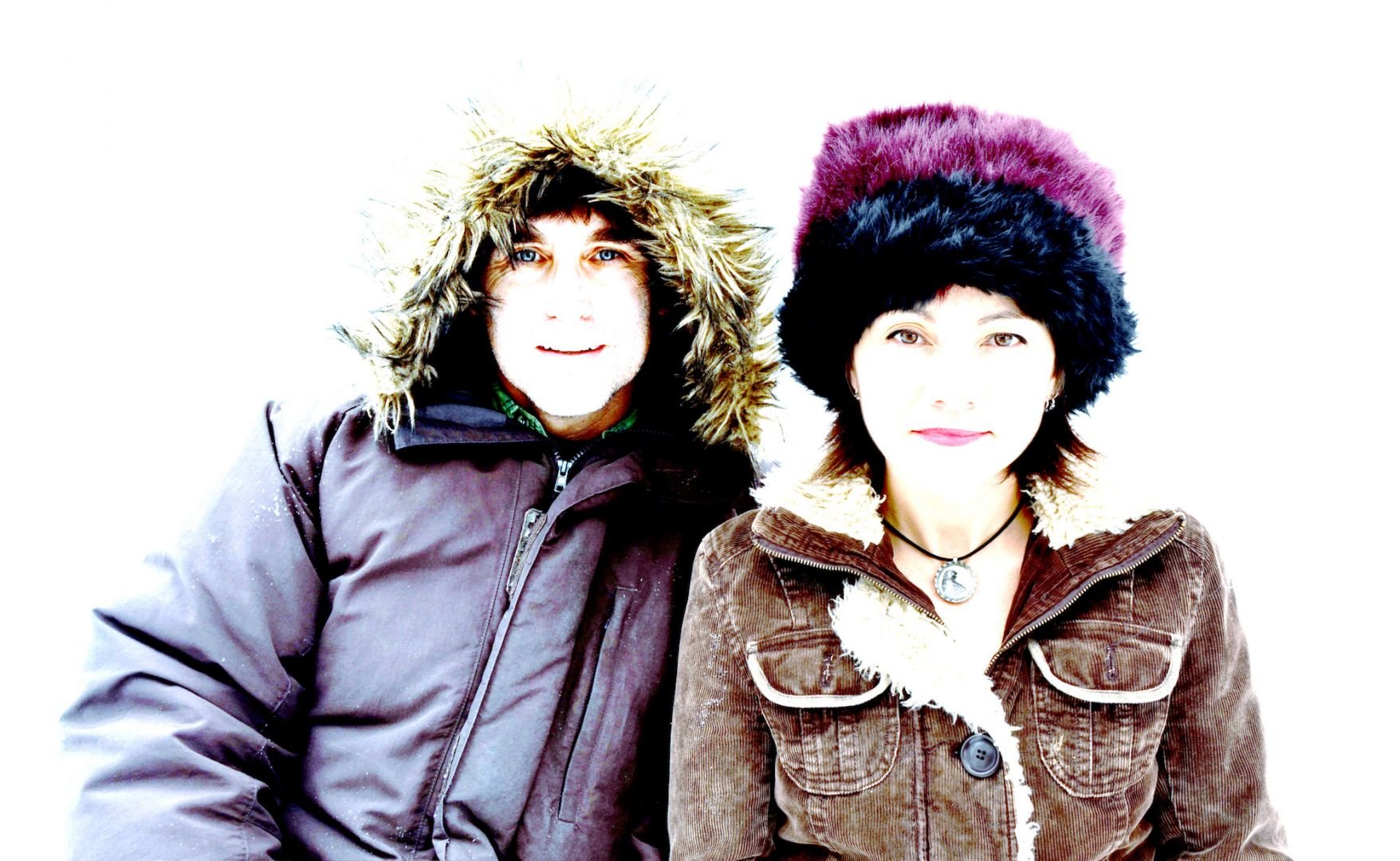 Leaf Rapids: The Band Who Sold the World on Canadian Americana” - Mike Seely, No Depression. Keri and Devin Latimer make up this strange folk duo consisting of looped guitars, groovy bass and award winning songwriting topped off with the eerie sound of the theremin and Keri’s mesmerizing voice. 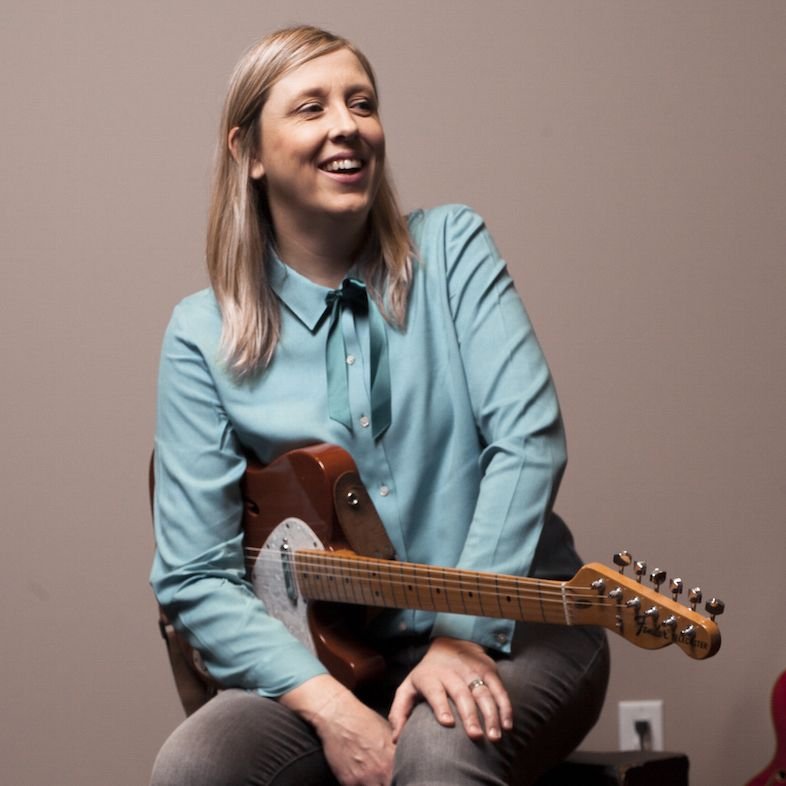 Hailing from rural Australia, Larissa came up from the underground of Melbourne’s world class music scene, mining her difficult life for potent stories and spinning them into songs that made their way onto radio in America, the UK, and Canada where the CBC ordained them as “songs you need to hear”. Filtering the urgent poetry of Patti Smith and the untamed cool of Liz Phair, while fearlessly laying bare her road worn heart, Tandy is carving her own path in the world of modern Americana using truth as a weapon. She is the current recipient of the prestigious Nashville Songwriter Residency. Her momentum continues to gather, with a new record due in 2018. 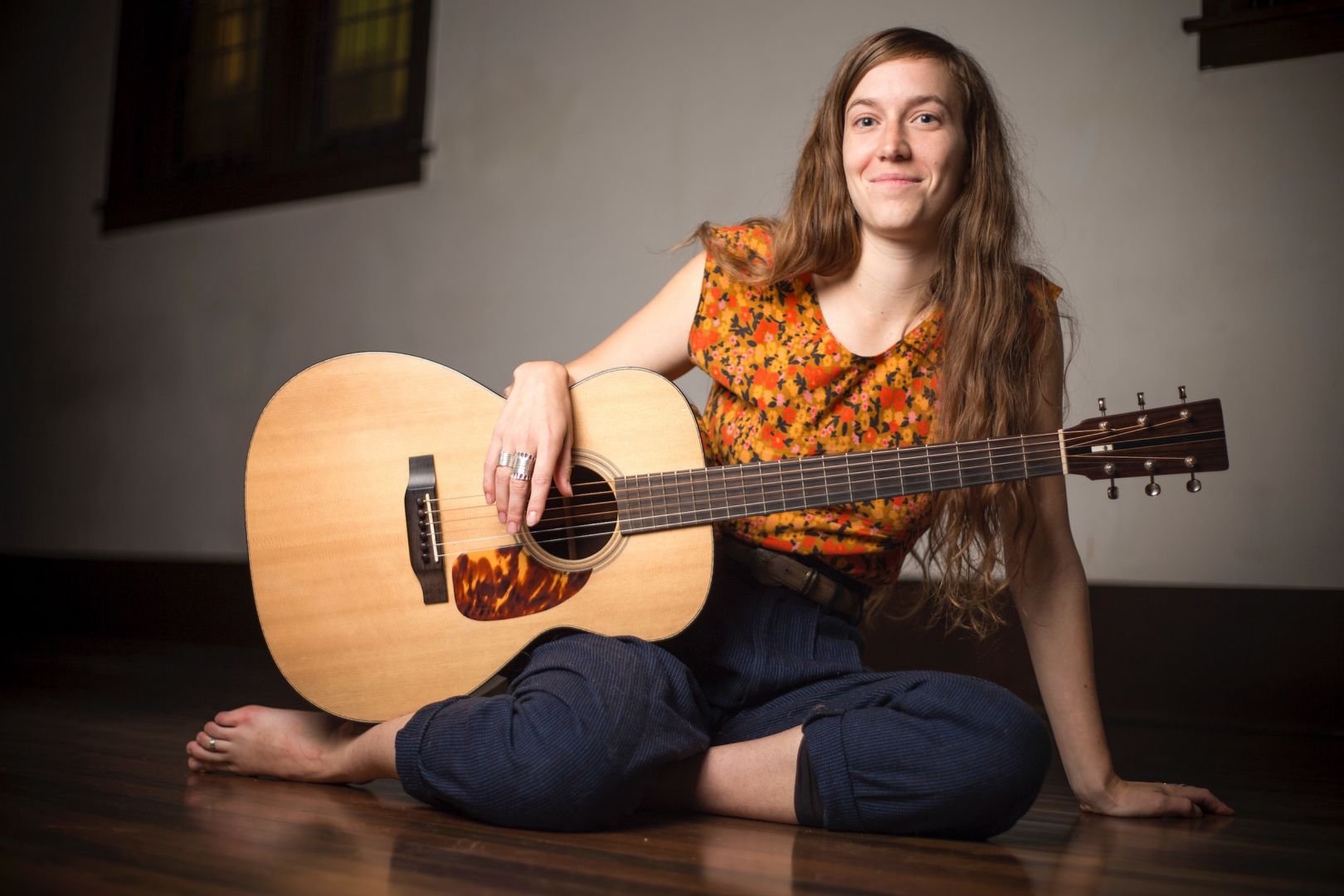 Madeleine Roger is a contemporary folksinger from Winnipeg, Canada. While accompanying herself on acoustic guitar in multiple tunings, it is her artistry as a songwriter that can silence a room, uniting her captivating voice with vivid lyricism and maturity beyond her years. “World-class music.” (The Winnipeg Free Press) 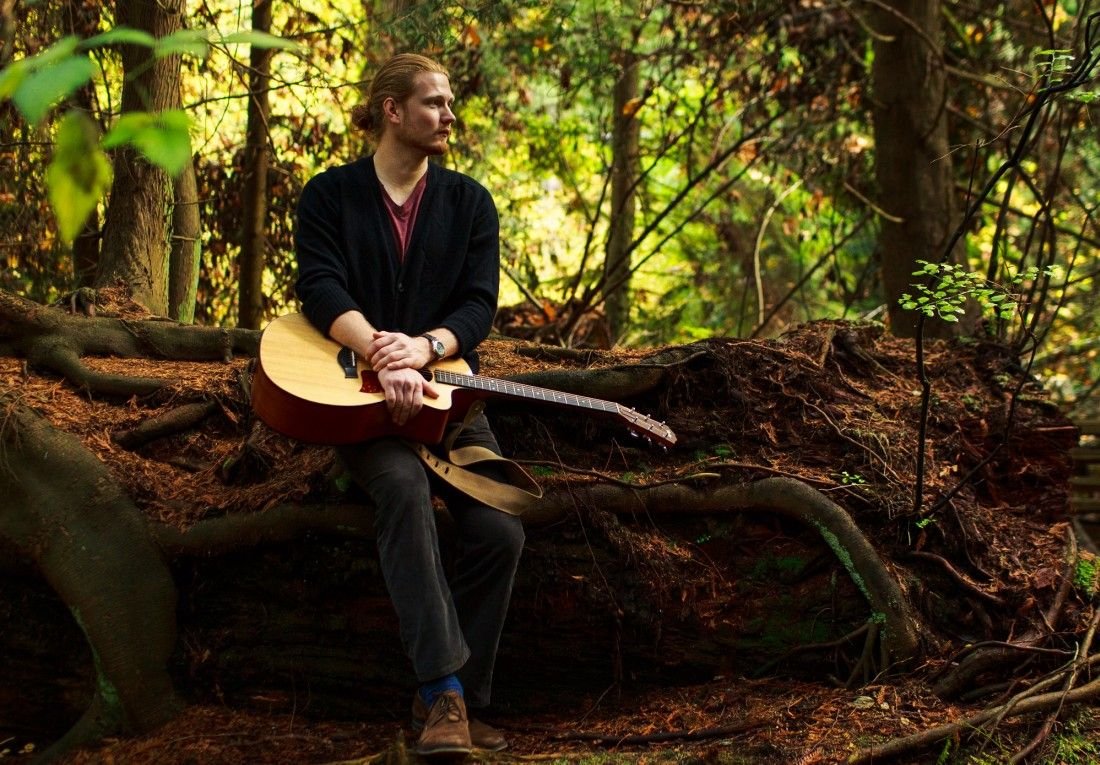 Influenced by the contrasting cultures of Canadian prairies and the west, Noah Derksen writes with the groundedness of harsh Manitoba winters mixed with the optimism of British Columbia’s coastline. Ever seeking motion and progression, Noah’s self-described “contemplative folk” has taken him across Canada and the United States. 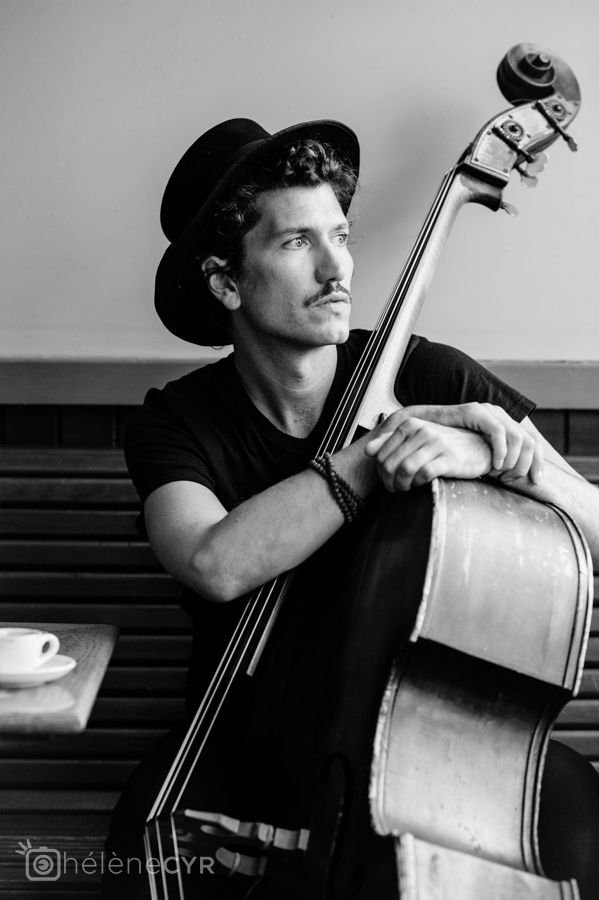 Juno and WCMA (2016) nominated Oliver Swain has been a celebrated musician for years, held in high regard in acoustic and folk music styles for both his astonishing instrumental and vocal abilities, though he seldom gives the genre a fully traditional treatment. A veteran of some of the worlds most loved roots bands including The

Duhks, The Bills, Outlaw Social and The Red Stick Ramblers, Oliver Swain strays towards the whimsical, the spiritual, and the socially conscious side of what he likes to refer to as "chamber folk odyssey", and it's these beguiling and provocative elements that make him unique as an artist and songwriter. Devon Leger even called him "The Zen Rock Garden of old time music" No Depression 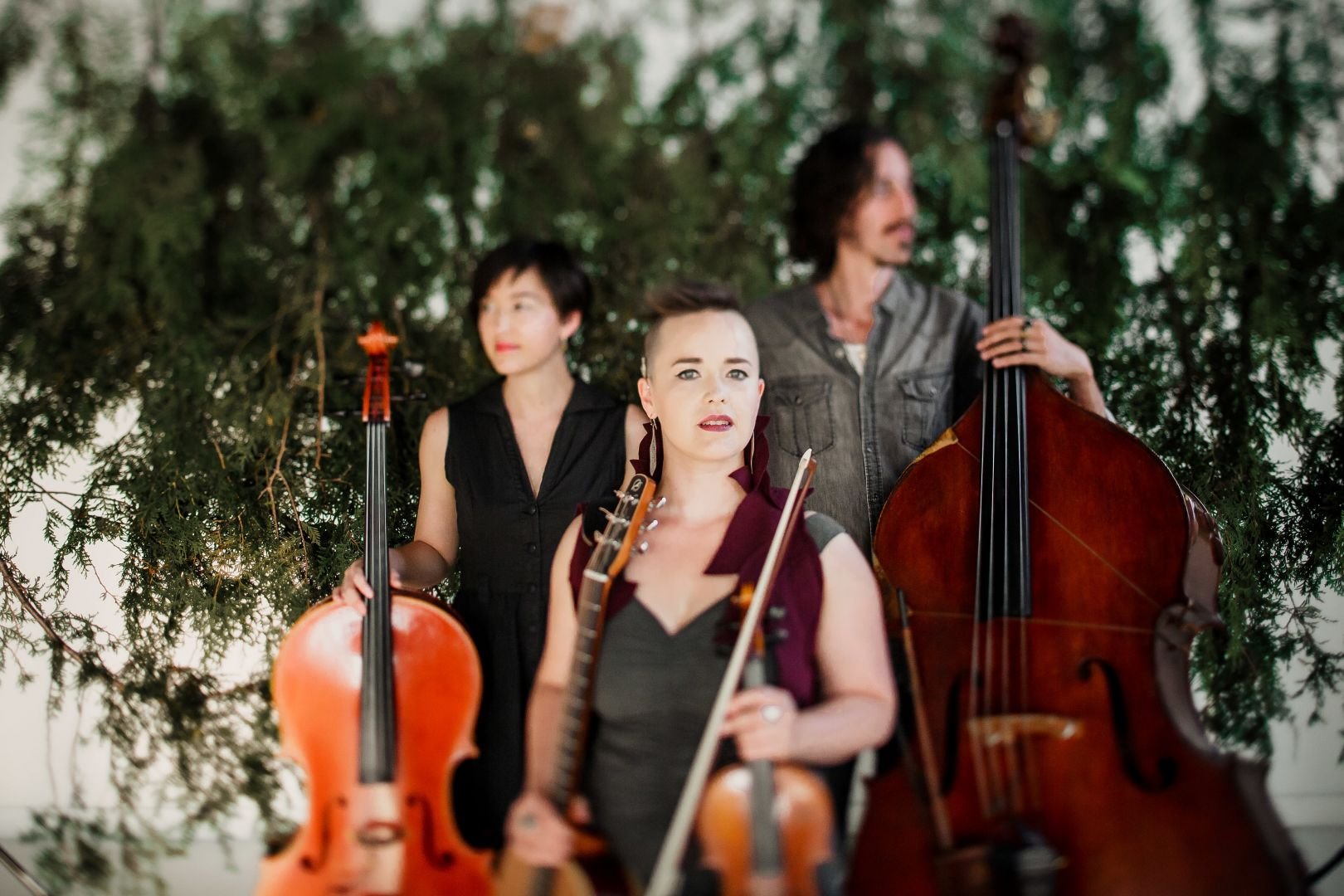 Alongside a double bassist and cellist, with Raine on violin and guitar, Raine’s voice rings out, and hits you where you live. These string quartet inspired arrangements push and pull, and move as they console, while Raine’s bilingual lyrics (EN/FR) reach out to every heart. Raine believes that music is for everyone; Ask her about her school workshops, and American Sign Language interpreted shows. 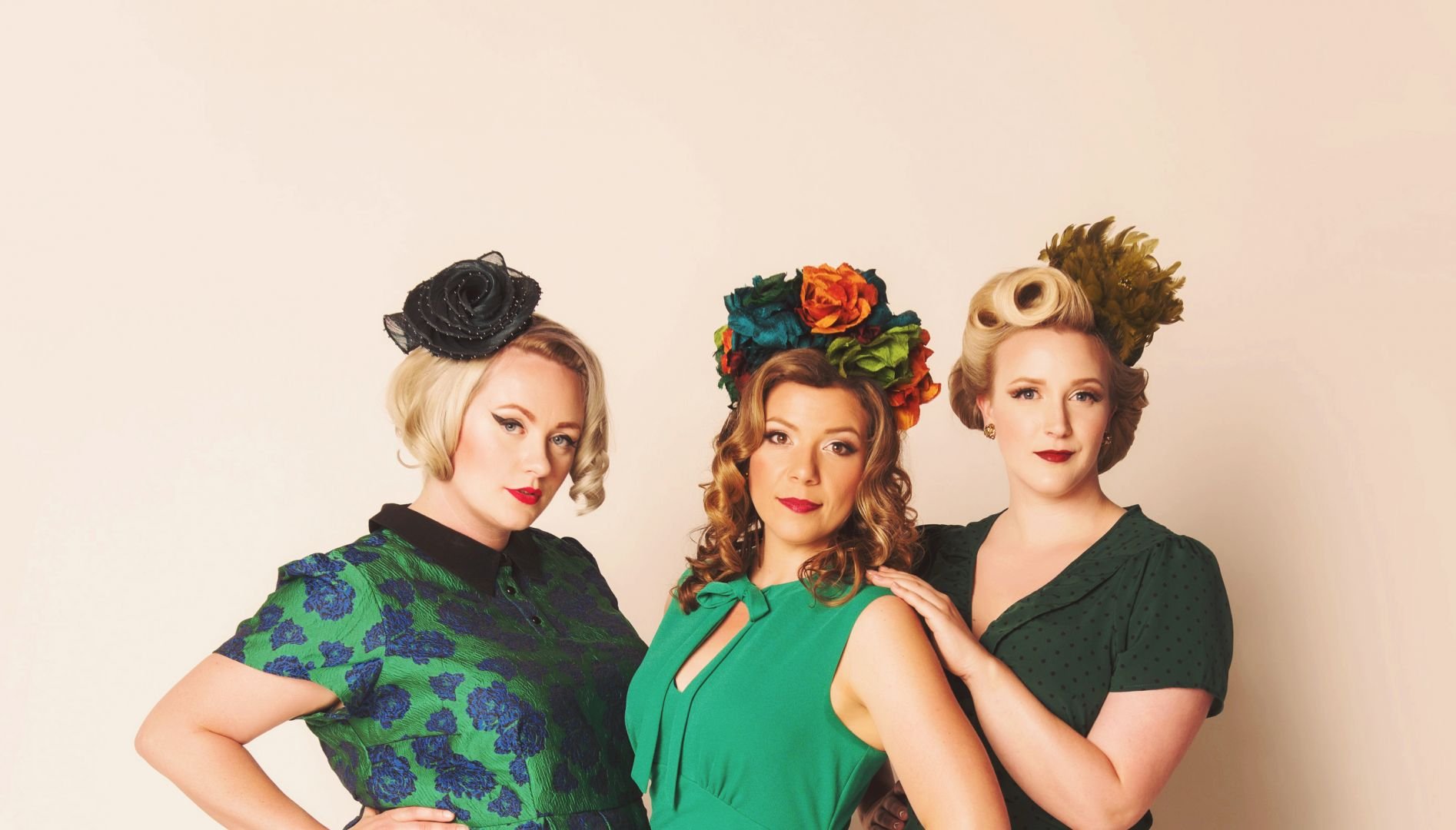 Rosie & the Riveters’ vintage-inspired folk anthems paint a portrait of a woman’s voice in a man’s world. The Canadian trio's unmistakable red lipstick and pin curls may be deceiving, but don't be fooled - this not a throwback band. Listen closely to hear playfully defiant lyrics and confident talk-back harmonies. 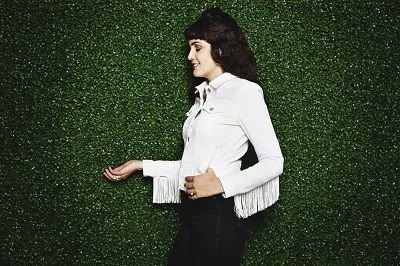 When the Bloom Falls From the Rose is Sarah Jane Scouten’s debut with Light Organ Records and is a sweeping testament to folk idioms past, present and future. Recorded in Toronto at Revolution Recording with veteran Canadian producer Andre Wahl (Hawksley Workman, Jill Barber), in February 2017, the album includes ten original songs, ranging in style from classic honky tonk to Western-swing to indie-folk rock, and two traditional Western Canadian songs, given new life through Scouten's haunting arrangements. A traditionalist at heart, Sarah Jane Scouten shows her signature flair for the roots of roots music. With respect for these roots, she writes from her own perspective, and rather than copying a style, only writes about what she knows profoundly. This songwriter hits hard and close to home, then laughs it off. Somewhat of an itinerant musician, spending much of her time on the road, Sarah Jane has called Bowen Island, Vancouver and Montreal home. She now lives in the neighbourhood of Parkdale in Toronto with two cats named after Cajun musicians. 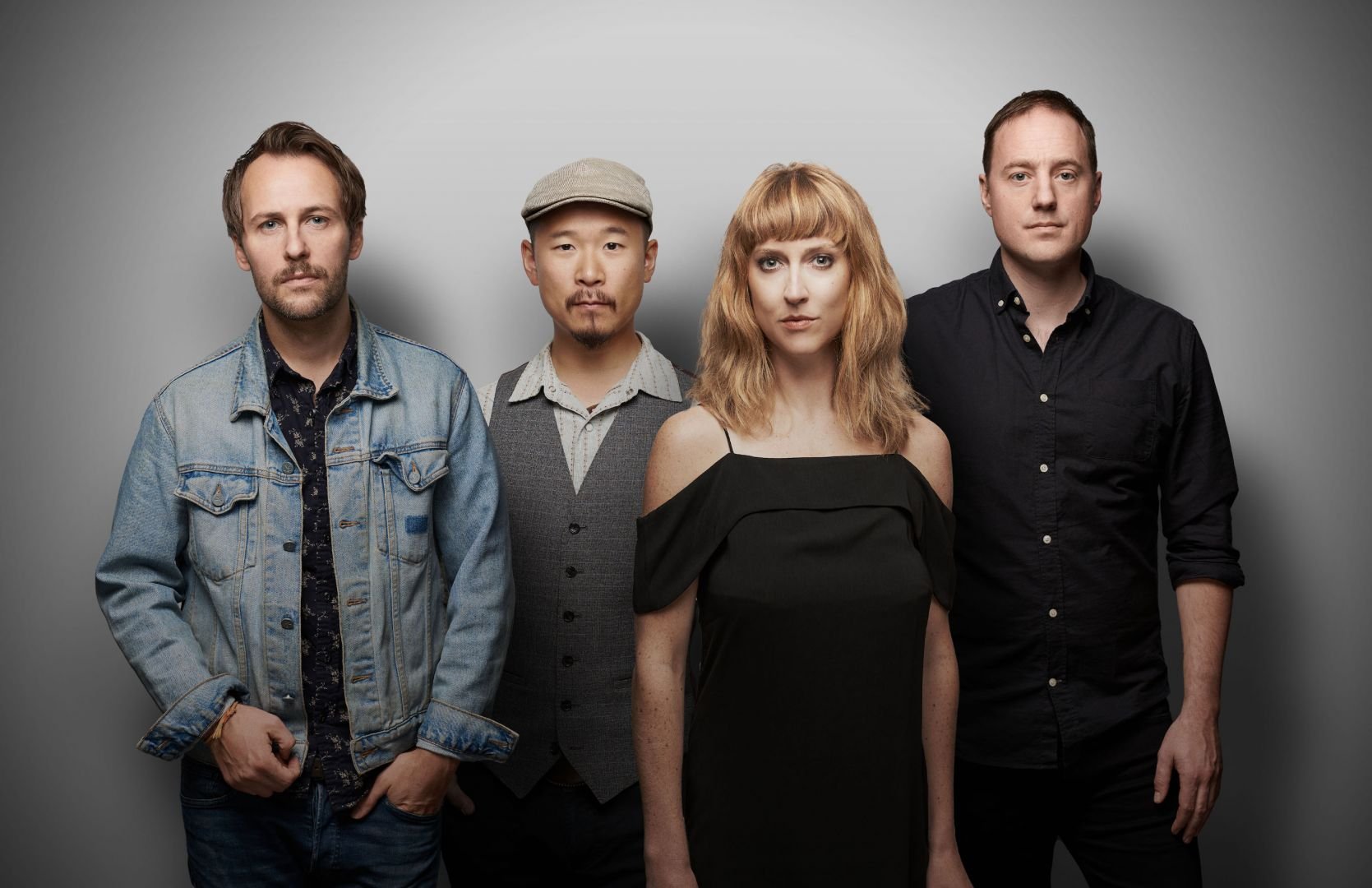 The Fugitives were established in 2008 and have released four records, which havebeen nominated for multiple Canadian Folk Music Awards and Western Canadian Music Awards. In January, they released The Promise of Strangers, a new album that explores ties to family, political figures and even Leonard Cohen through songs of

dedication.  The band has toured extensively through Canada (including a support slot for Buffy Saint-Marie across Western Canada) as well as several tours through Western Europe and the UK (including a slot at Glastonbury Festival in 2014). Over the course of their career, the band has built a reputation for their unforgettable live show-- complex harmonies, powerhouse energy and top-notch musicianship combined with an onstage wit and poignancy that has made them so beloved to their fans.  As the CBC has it: This show is simply brilliant. 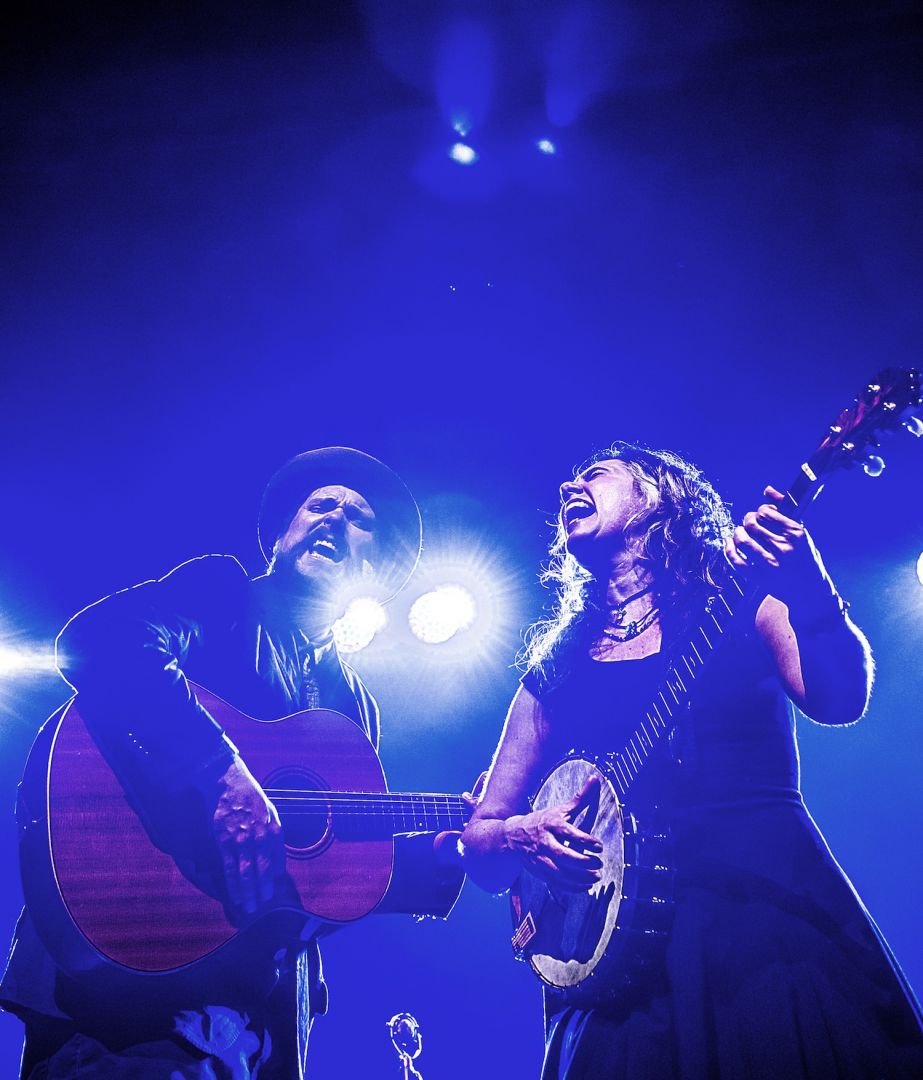 Roots powerhouse pair The Small Glories are Cara Luft & JD Edwards, a musical tour-de-force partnership that could almost make you believe in fate.  Straight out of the gate these two veteran singer/songwriters built an international buzz around their tight harmonies, emotional authenticity, explosive live performances and equally well-matched guitar prowess. The Winnipeg Free Press asks, "can two singer-songwriters be better than one? Yes, emphatically, yes, if the two in question are Luft and Edwards... It’s our loss they didn’t [join forces] sooner... It’s magic.”  Their 2016 debut album “Wondrous Traveler” is steeped in classic song structure, delivering instantly appealing melodic Americana with first-rate playing.