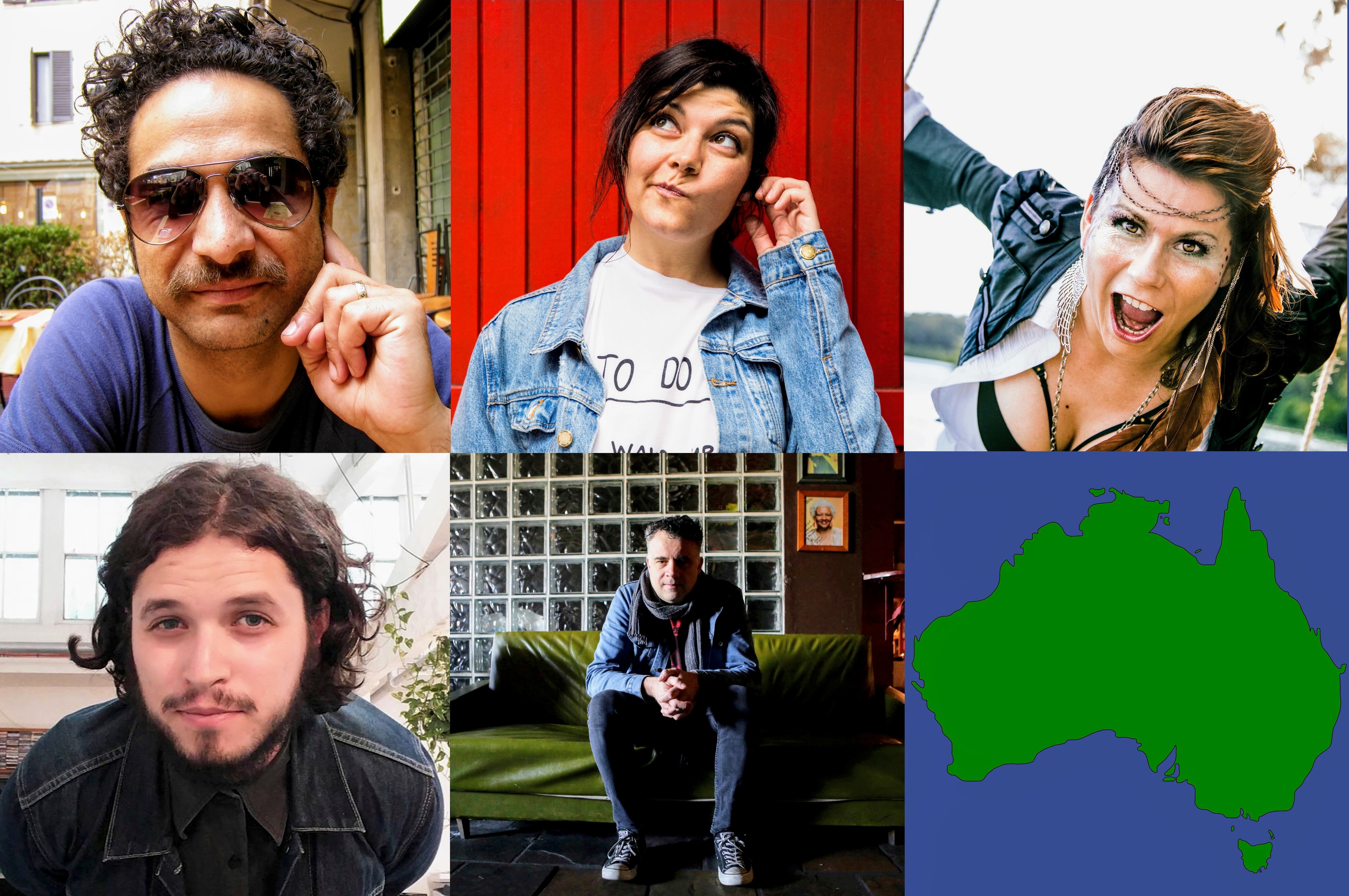 An agent at Australia’s biggest booking agency; an artist manager; a publicist hailed by Australian radio as one of the leading women behind the country’s booming music scene; the director of a publishing and events company, and music manager who establishes cooperatives between artists in different markets; and the director of a multi-service music company, are the fourth batch of speakers for BOW 2017.

Sean Simmons has been involved in the music industry for 25 years. In that time, he has worked as a broadcaster and staff member for 3 Australian radio stations, booked venues and toured the world playing in bands sharing the stage with the likes of The Flying Burrito Brothers, Bonnie Prince Billy, Catpower, Paul Kelly and The Church.

Since 2012, Sean has been a booking agent at Australia’s biggest booking agency Premier Artists / Mushroom Group, where his roster includes Mick Harvey (Nick Cave & the Bad Seeds, PJ Harvey), The Audreys and Cookin’ on 3 Burners plus other luminaries of the Australian music scene as well as Canada’s own Steve Poltz and Gordie MacKeeman & his Rhythm Boys. His roster is diverse covering a range of genres from electronic and folk/roots to rock, punk, groove and singer –songwriter.

Originally from Italy, Francesca Riva started her journey in the music business cutting her teeth in a punk-rock recording label based in Milan, Rude Records. She then moved to Australia in 2011 and made Sydney her home, working for four years for the managing company that was fostering the careers of Australian artists The Rubens, Cloud Control, Urthboy. In 2016 Francesca joined the Sydney office of London based management company ie:music (Robbie Williams, Passenger, Lily Allen, Gin Wigmore, Ladyhawke and more) where she currently manages young Australian duo Winterbourne and assists and works alongside the manager of Passenger, Ladyhawke and Gin Wigmore.

Hailed by Australian radio as one of the leading women behind the country's booming music scene, Kylie Cobb is hell-bent on powering-up musicians with strategic, creative publicity through her agency, Kitty Kitty Bang Bang. When not developing bangin' PR campaigns for clients, Kylie delivers The Power-Up Series: Media and Marketing Workshops for creatives, offers artists advice in her monthly music column for street-press Blank GC and is a writer for Australia's premier music blog, Tone Deaf. Helping young adult cancer survivors to rock their treatment scars, Kylie also volunteers as Director of PR & Marketing for Scar Stories, an exciting, dynamic not-for-profit organization. With degrees in International Business and Education, a spell as a primary school teacher, six years in corporate marketing, specialist PR training with one of the country's leading investigative journalists and many years devoted to the music industry, Kylie Cobb is fast becoming a go-to media and marketing expert in the music arena.

Larry Heath is the Director of Heath Media, an Australian publishing and events company who run the National Live Music Awards in Australia and curate a series of live music events internationally. Larry founded and publishes the AU review, one of Australia's most popular music websites and regularly writes for music publications around the world. In addition, Larry programs the Australian Music Week Film Festival and was recently instated as the A&R Manager of Music Sales Australia. Follow Larry on Twitter, Instagram, and Facebook

Geoff Trio has been at the helm of Code One for over a decade. After studying filmmaking and playing in bands in his youth, Geoff started his 25-year career in the music industry as booking agent. Taking the DIY approach, Geoff is responsible for starting some of Sydney’s most iconic venues including Cronulla’s The Brass Monkey and Newtown’s The Vanguard and serving as creative director for numerous festivals such as, Australian Music Week, Peats Ridge, Cronulla Jazz & Shiraz, Sydney Blues & Roots and Sounds of The Suburbs.