The World To Western Canada! 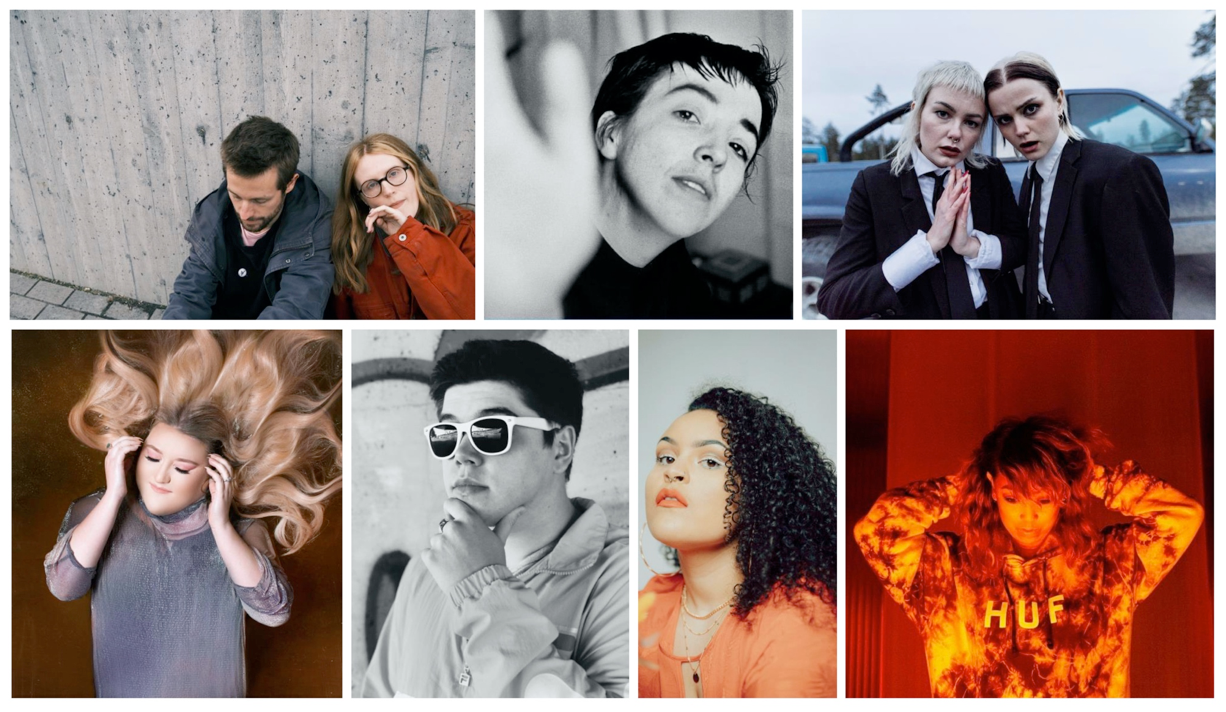 ARTISTS FROM WALES, THE NORDICS, AND EASTERN CANADA SET TO SHOWCASE AT THE FESTIVAL IN WINNIPEG

Western Canada’s neighbours to the east, and friends from overseas will be heading to Winnipeg in 2022 for BreakOut West! Together with partners from Eastern Canada, Wales, Sweden, Iceland and other Nordic countries, international artists will take to Winnipeg stages in February for the music festival. These acts include: Rosehip Teahouse (Cardiff, Wales), Eädyth (Aberfan, Wales), The Magnettes (Pajala, Sweden), BSÍ (Iceland), Cell7 (Iceland), Carolina East (Newfoundland and Labrador), and Wolf Castle (Pabineau First Nation, New Brunswick).

This marks the first year that BreakOut West has partnered with Future Echoes – Sweden’s new showcase festival, which will kick off in February 2022 – and Nordic Bridges (supported by Iceland Air), to bring artists from the Nordic countries to western Canada. A number of BreakOut West artists, will be making the trek to Sweden in the new year to perform at Future Echoes, including Declan O’Donovan (YT), The Garrys (SK), Miesha & the Spanks (AB), and Soda Pony (YT), with more to be announced soon.

"Harbourfront Centre is delighted to welcome BreakOut West as a Nordic Bridges programming partner,” says Iris Nemani, Chief Programming Officer at Harbourfront Centre & Executive Producer, Nordic Bridges. “As part of our year-long cultural exchange of arts and culture between Canada and the Nordic Region, we welcome BreakOut West’s expertise in showcasing and mentoring artists, both in Canada and internationally. We are thrilled to have BreakOut West help us reach into Western Canada, and build greater opportunities for both Nordic artists and their Canadian colleagues.”

BreakOut West continues to build their five year-long partnership with FOCUS Wales, which sees western Canadian artists showcasing each year in Wales, and Welsh artists, in turn, showcasing at BreakOut West, thanks to FOCUS Wales, Wales Arts International and the Welsh Consulate. In partnership with the Welsh Government, BreakOut West will soon be announcing Indigenous programming highlighting the start of the UNESCO International Decade of Indigenous Languages (2022-2023). More information on this program will be announced soon.

This is the fourth event at which BreakOut West will welcome East Coast artists as part of their East Meets West partnership with the East Coast Music Association (ECMA) – an initiative which aims to unite the far coasts of Canada, to open new markets for artists touring the country.

As part of BreakOut West’s ongoing commitment to gender parity at the annual conference and festival, their partnership with KeyChange – presented by PRS Foundation, FACTOR and SOCAN Foundation – will help bring Iceland’s Cell7 to the music festival, along with international industry professionals including, Amanda Elefelt (Elefelt PR / Genesis Records - Sweden).

“We are so excited to working together with Breakout West and be able to access the important Canadian market,” says Peter Åstedt, Festival Director, Future Echoes.

BreakOut West’s annual music festival and conference with be safely returning to live in the new year, with events taking place in Winnipeg, MB from February 2 to 6, 2022. Acts from all across western Canada will perform at venues throughout the city, along with special international guests. The first-round list of performing artists can be found here and wristbands are available now. More performers will be announced soon.