In celebration of International Women's Day, BreakOut West asked a handful of western Canadian artists to share about a female identify individual who inspired them to pursue their career early on, or who inspires them today. Discover who these artists and industry members choose as an influencial womxn to them. 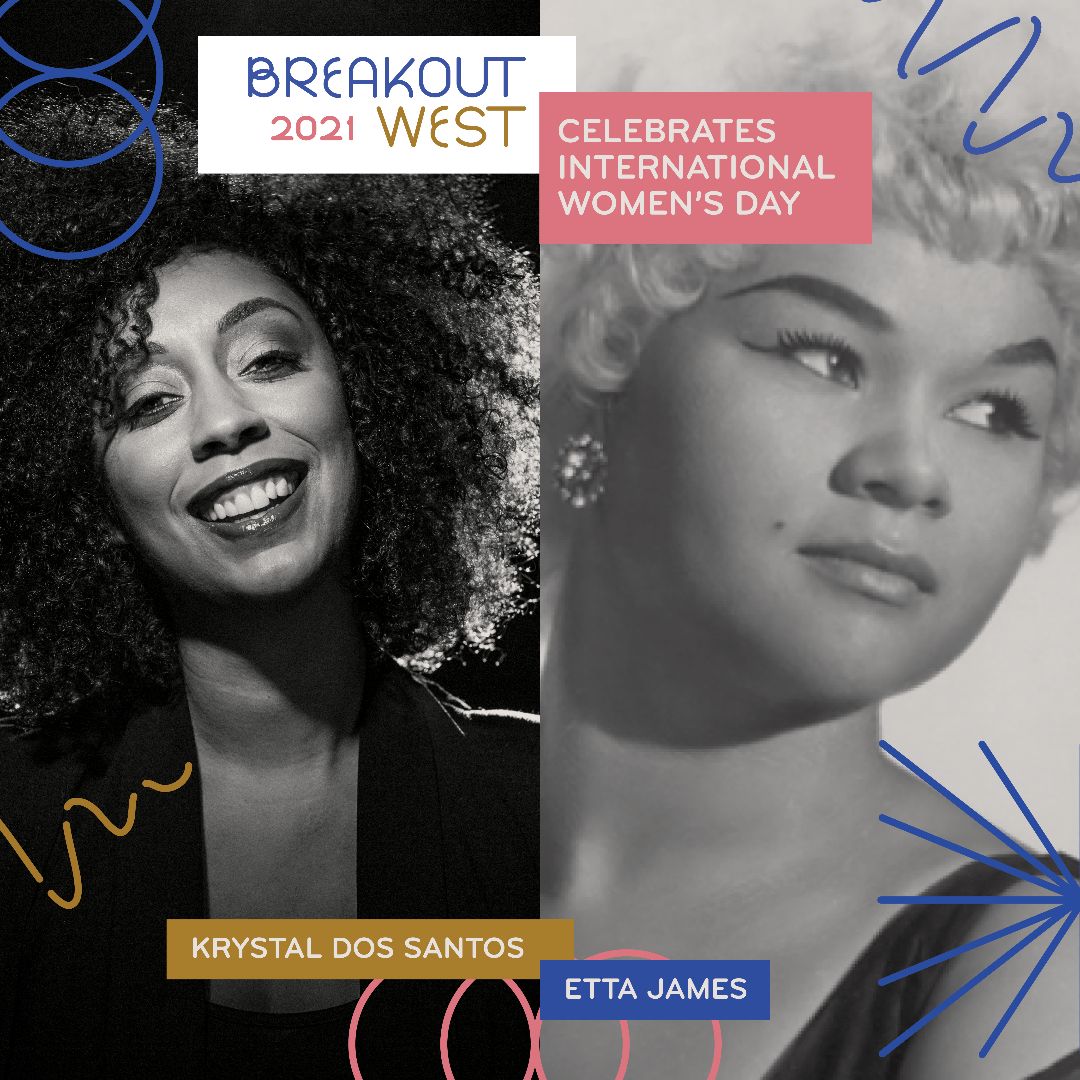 "My dad gave me an Etta James greatest hits record when I was about 17 and it changed my life! Her voice and style was my lesson to Soul and the Blues. I would drive around in my Mom’s Camry singing along and teaching myself how to 'sound like Etta'." 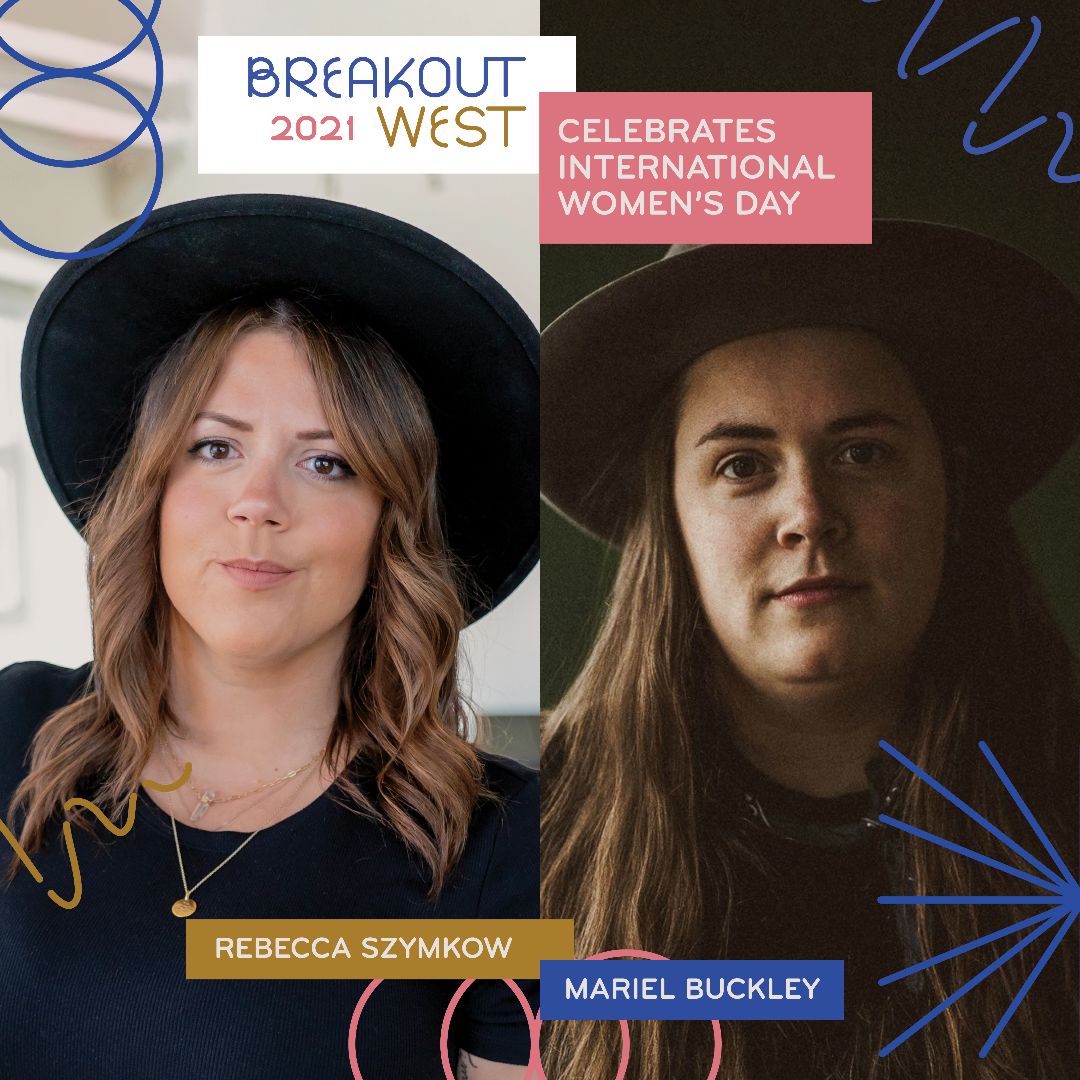 "Mariel Buckley is a constant beacon of kindness, determination and sheer talent in this sometimes hard to navigate industry. Mariel has taught me to never waiver on what I think is right and she motivates me every day to work harder in all facets." 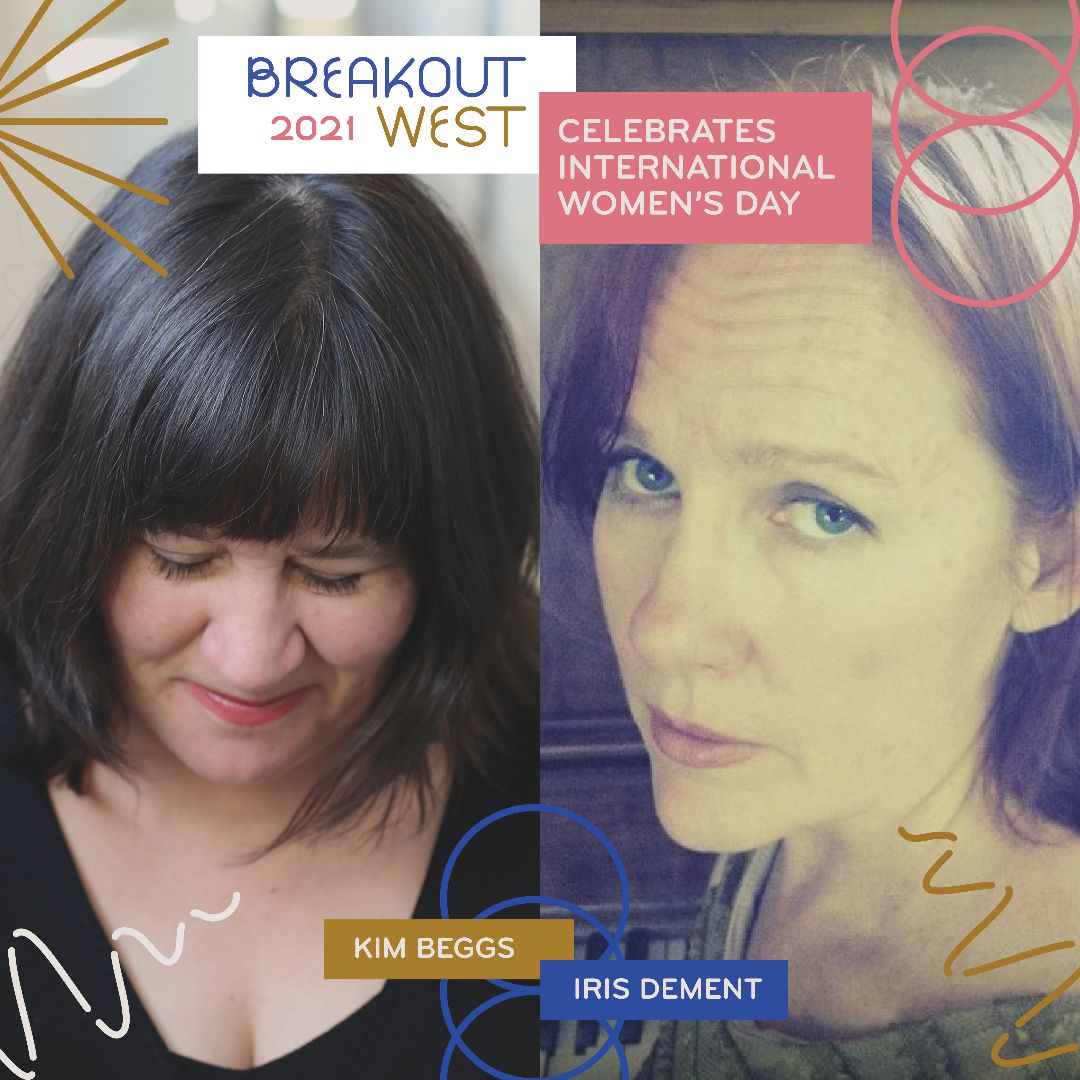 "A pivotal point in my life as a musician came when the CBC broadcast Iris Dement in live concert. I had never heard of her. I was working as a carpenter at the time. I didn't understand at the time why I was hit so hard by what I was hearing. But I understood right away that there was some kind of door for me to open. Indeed, a tap had opened inside me. There are many female artists that I was exposed to at different times in my life, ones that had a significant impact on my life. Having grown up with male rock 'n' roll it wasn't until I was 20 years old that I was first introduced to Tracy Chapman. Though I had no dreams of being an artist or performer at that time, I learned that indeed I could have a voice as a woman." 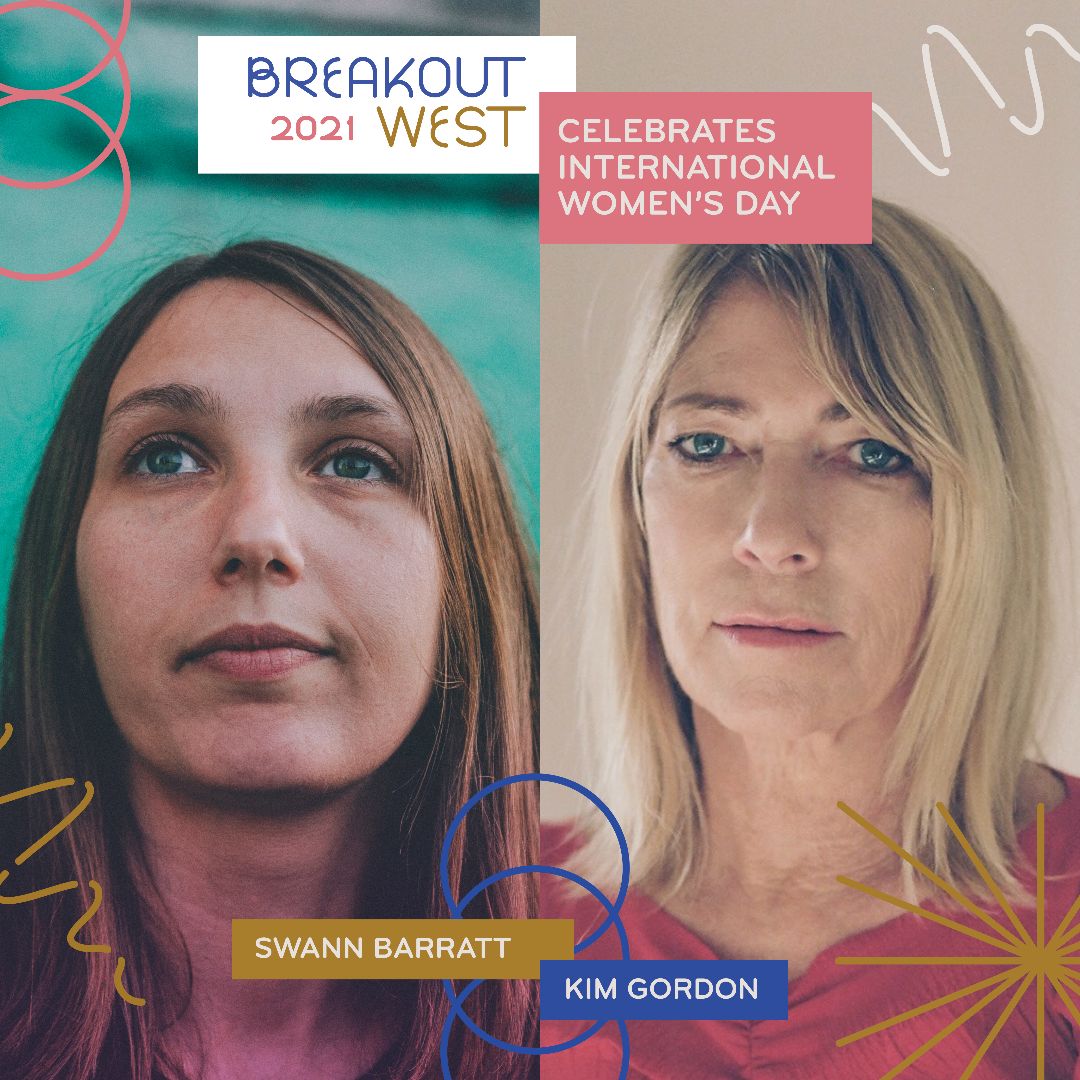 Swann Barrat is a Vancouver-based sound technician and tour manager.

"As a music obsessed teenager, I looked up to Kim Gordon as a role model and an overall authentic person. Her real approach and freedom in all different kinds of art made me believe that pursuing a career in the music industry was not only attainable by being myself, but also a great way to find and collaborate with inspiring people that I resonate with. Also, she's the coolest." 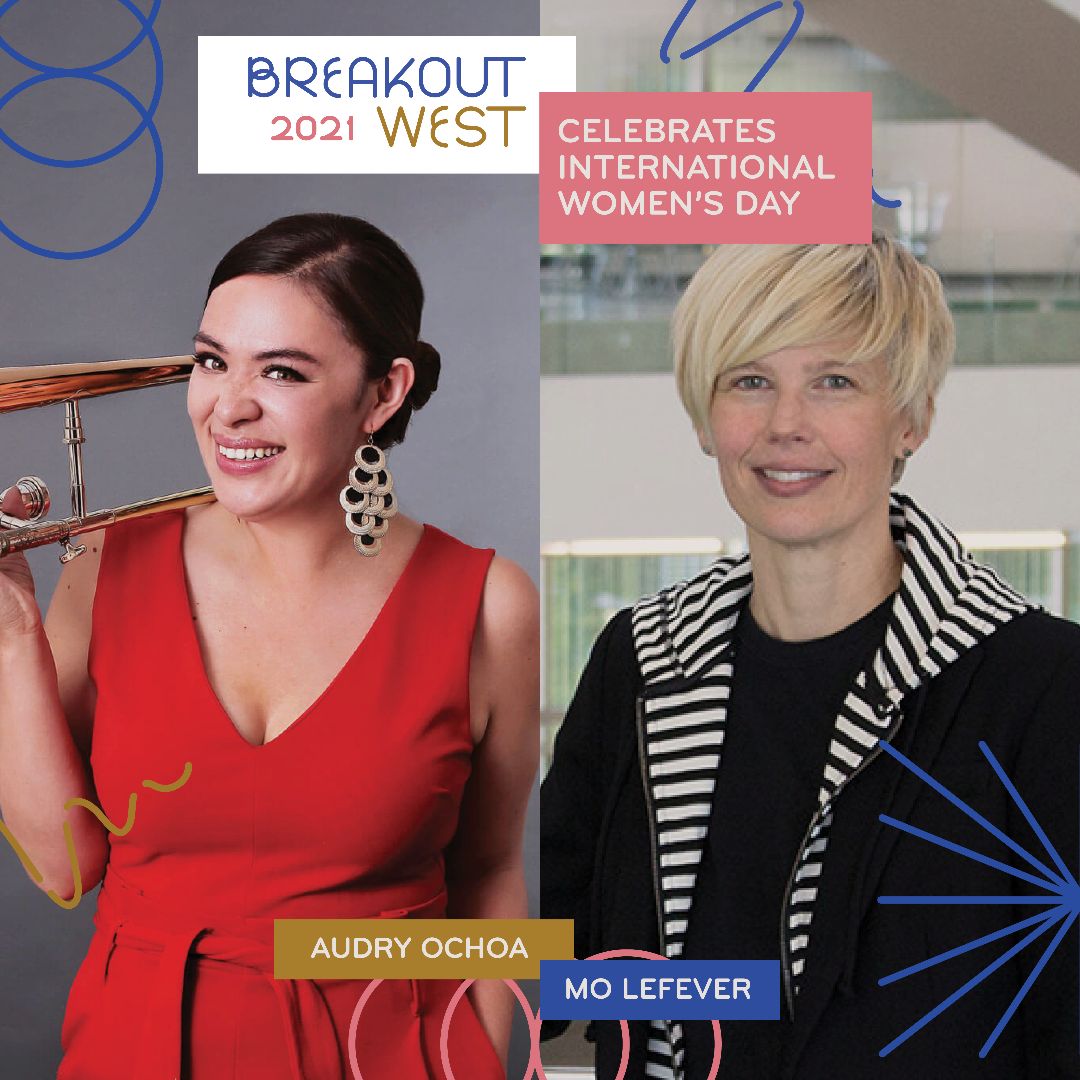 Classically trained but with a voracious appetite for honing her craft in any genre, Audrey Ochoa has shared stages with Hilario Duran, PJ Perry, and many others.  Ochoa most recently won the 202 Western Canadian Music Award for Jazz Artist of the Year. Her most recent album, "Frankenhorn", was #1 in the Earshot! Jazz chart for 2020.

"Mo Lefever has long been a mainstay of the Edmonton music scene. I remember seeing her featured with an Edmonton BigBand that was playing downtown for the JazzCity festival in the early 2000s, and thought she was the coolest. It meant so much to finally see a woman playing the music I was so in love with (Jazz) but up until that point had never seen a female instrumentalist live- when I say that out loud, it's kind of unbelievable." 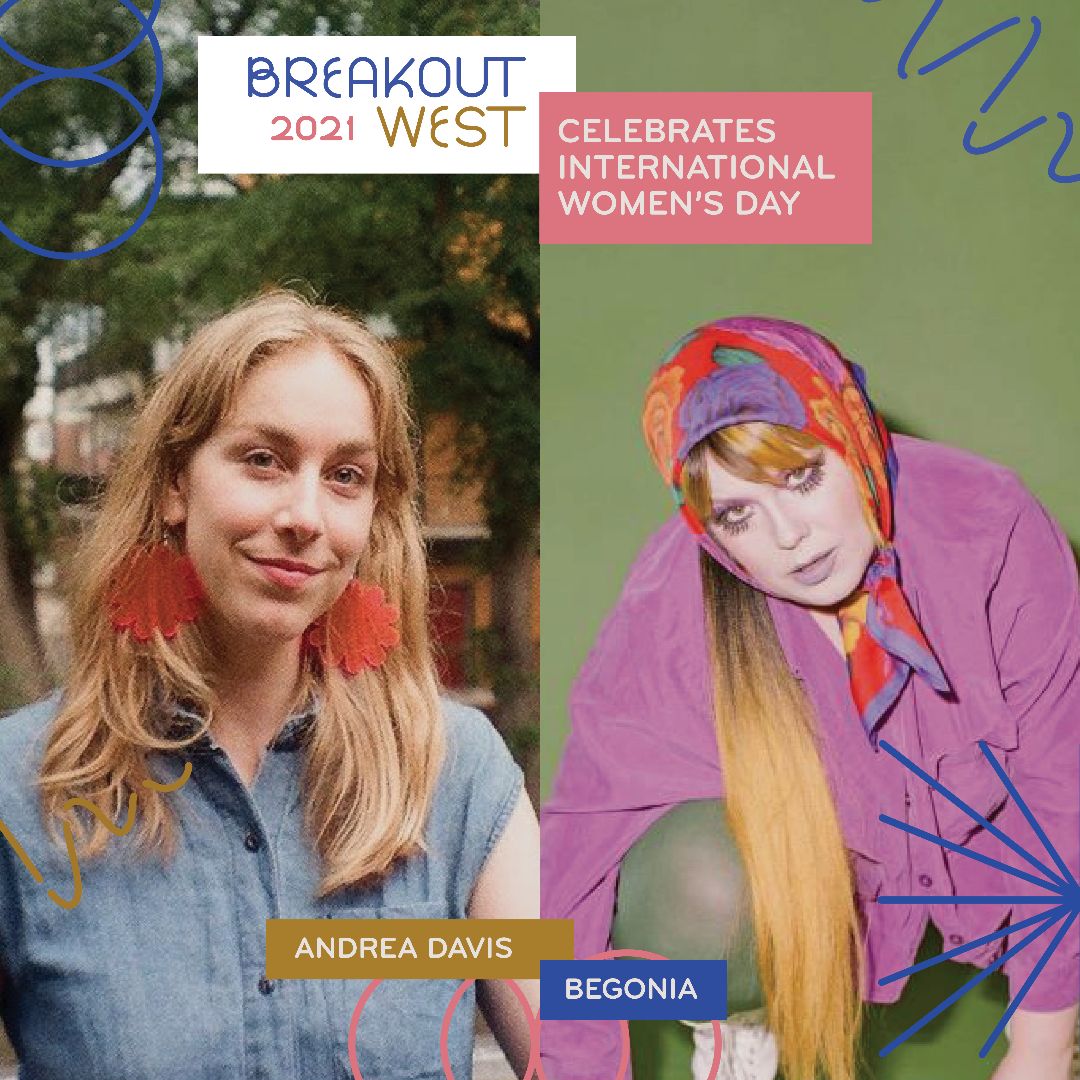 Andrea Davis is an artist manager and project manager at Birthday Cake.

"Begonia inspires me constantly by being true to herself and trusting her instincts, and by constantly challenging herself to grow as a person and as an artist. She brings so much joy to the people around her, and brings honestly, empathy, and compassion to everything she does, which are things I hope to embody." 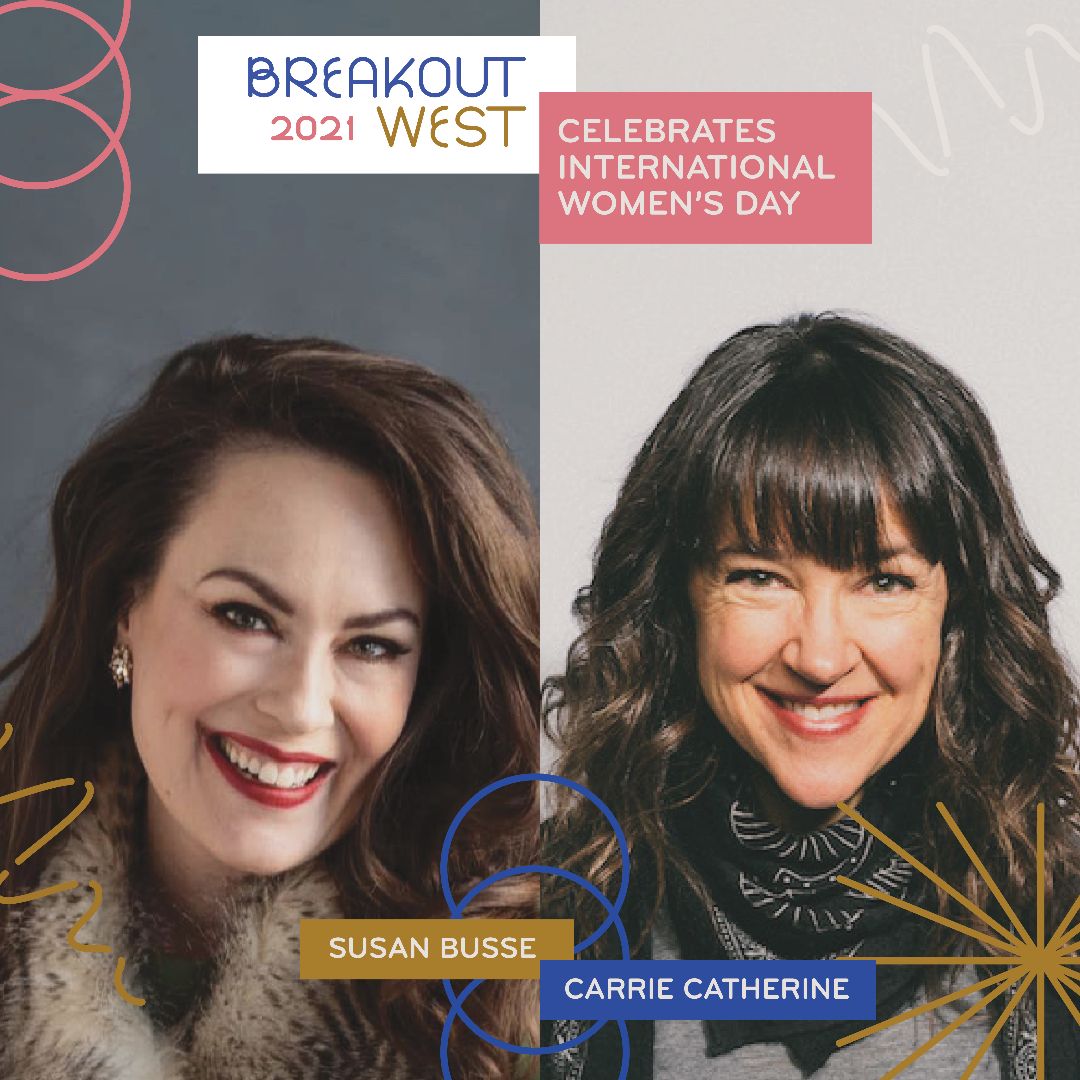 Susan Busse is an award-winning publicist for artists and creatives, born and raised in Saskatchewan, sending stories around the world.

"That's easy...for me it's Carrie Catherine. Early in my publicity career, when I was just considering becoming a publicist, Carrie hired me and put her full confidence in me to be her publicist for her album release and tour campaign. Her trust, her knowledge, and the dozens of artists she referred me to in years to follow absolutely laid the groundwork for the career I have today. She's been an inspiration to me for over a decade because she is one of the most multi-faceted artists and humans I have the pleasure to know. On her current Instagram bio she describes herself as "Artist, Creative Producer, Event Planner, Swimmer, Singer & Sweet Lovin’ Momma". And that doesn't even cover a fraction of it. She has performed in a one-woman play...a musical, with her original songs, and it was the first time she acted professionally! And it was amazing. She is a community-builder, singer, songwriter, musician, a change-maker, and a true inspiration. Follow her lead and you won't go wrong."