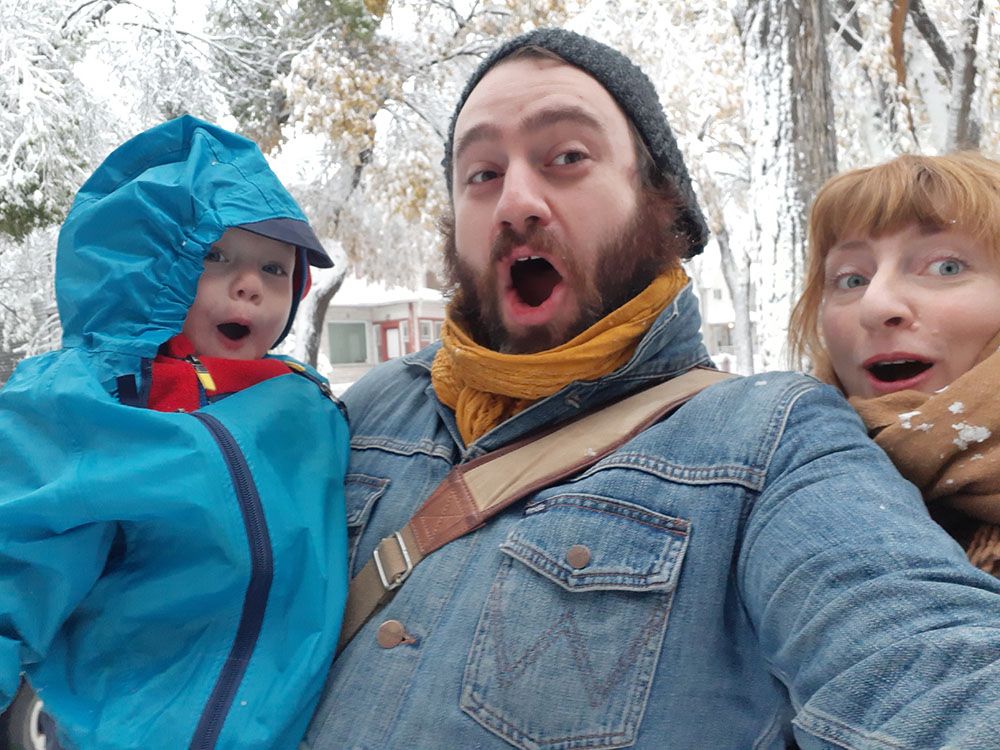 Ed Durocher is a guitarist, bandleader/Canadian agent/manager of Winnipeg, MB psychedelic jazz/rock band Apollo Suns and father of a two year old child named Miles. Ed has been working in the music business since his early twenties but with the launch of Apollo Suns it was time to take the next step and work to make it a full time and sustainable career. After about a year of working in Winnipeg and building the Apollo Suns brand, Ed found out he would be a father and life was never the same. Now, after years of fatherhood while working even harder, building markets in the USA and Canada, the balance between being a working father in the music industry is an ongoing battle.

Apollo Suns had just released our first EP, Each Day a Different Sun, in early April of 2017, and then in mid-April I found out about Miles...he was due in December and before that the band hit two western Canada tours. So I guess we were fairly new and unproven. There was some discussion with my partner about how it would affect my career but not in a "everything is over and blah blah..." the conversation was "How are we going to do this and what does it look like"....the feeling I got from some industry was "Well your done now, and see yah never dude" it felt like a curse, like I was damaged goods in some people eyes. I think that is a HUGE stereotype and to me there was absolutely no doubt I would continue and make it work. It was more of a "I'll show you" for better or worse.

The tiredness and TO DO lists. One positive is that you gotta really be smart with your time. I felt I hustled before being a parent, now I REALLY HUSTLE and squeeze every moment. Multitasking gets sharper. So there were challenges but I think they were opportunities to get tighter and learn how to work even harder while maintaining a good balance of family, work and art. If you're independent, it's all on you and you gotta prove yourself 10X because some people feel that kids can be a liability or make the decision for you;. That, for me, is the worst part.,...when they withhold an offer because they don't think you can make it work. Let me decide, please.

A personal challenge was saying "ENOUGH" and just stopping for the night and being present with the kiddo. I could work all night and day.

More childcare at conferences. That would be great. I have missed workshops because I couldn’t secure a sitter. Some of them were hard pills to swallow as I think they would of been beneficial.

How do you find support and community with other working parents in the music industry?

I think it is kind of spotty. I have asked for help/advice and gotten crickets....I think that is because lots of people don't have kids in the industry and when they do they slow down and run the risk of getting left behind. For me, it's been the opposite, we have only been getting busier but there are feelings of being alone or people don't really understand.

Manitoba Music has been solid and has set up childcare for Miles while I attended workshops.  I would love to be able to claim Childcare on GRANTS. That would be amazing.

What could a music event, do or provide to make it easier for you to participate?

That's a tough one. The industry is still heavily rooted in booze/late nights. That is starting to change but maybe more focus on making more daytime events. Maybe more community building from the industry for parents. Resources maybe... I don't know.

Enjoyed reading Ed's answers? Read more from other parents featured in our series: